With Malice and Forethought A Novel Based on Real Events 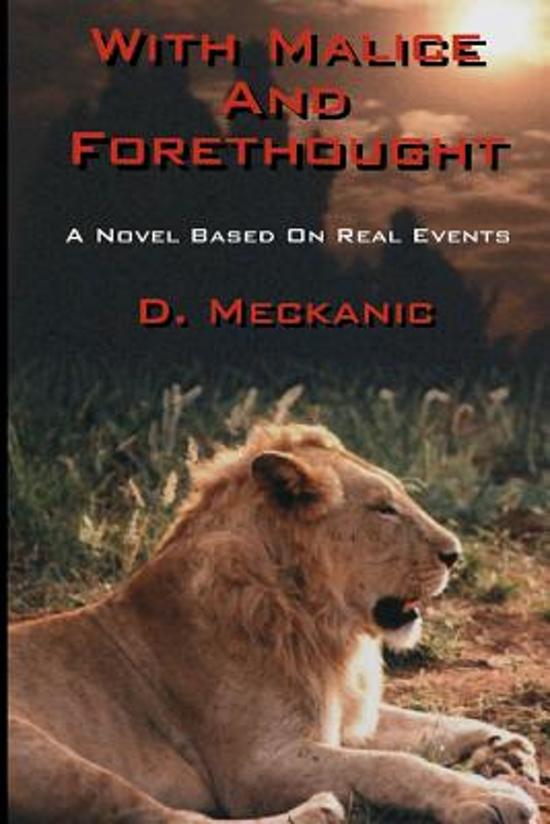 How do you define experiences that are patently obscene, in aworld where life is valued at the cost of a bullet or a used tire fullof gasoline?

Let me tell you it's not an easy task. Dave has been through the proverbial'mill' and he's found that it really doesn't matter which country you arein, either, they're all the same. Presidents and prime ministers all haveagenda's and most seem willing to do just about anything to keep theirdirty little secrets contained. Their 'actions' range from simple 'surgical'killings to blowing up plane loads of innocent people and they always covertheir tracks, as in the case of the Helderberg, in November of 1987. Ofcourse some countries are a little more covert and devious, they keep betterspin doctors on hand to divert and wipe away the facts. They just delaythe inevitable and the truth takes a little longer to come out, but eventuallyit does.

Dave was swept up into a situation in South Africa that he could havenever predicted. The weapons, the killings, the mass murder, they wereall too much for him to take, so after a number of years in the 'killingfields' he gave up. He couldn't take closing his eyes anymore, his consciencealways posted a new pair of dead ones on the screens of his eyelids. Beingan engineer in charge of the security of military bases and borders, hewas an asset the government didn't want to lose. When he decided to finallyleave Armscor and then South Africa, he turned however, from asset to liability in aheartbeat and was almost killed alongside 258 passengers on a commercialairliner in Europe while on his way back to Canada.

Once back, Dave ran his own little R&D business and his life began to normalize. Then he had the misfortune of becoming involved with a large company that had their own agenda... whose owners were adept at manipulation and extortion. They walked a 'new' woman into his life to distract Dave from his partner's slowly unfolding plans. When he finally focused on their scheme to defraud the government and stock market, he refused. So, his partner's and the lawyer for the company, oppressed him as a shareholder. Eventually, an illegitimate agreement was drawn together and they settled out of court, but his partner's breached eight months later.After the breach of the settlement agreement, his partner's tried to obtain government grants through universities using Dave's technology and intellectual property. He found out quickly just how corrupt our government and educational institutions could be, and how the only difference between South Africa and Canada was physical location and size. What follows are the battles to regain what was once his, including his sanity.
Toon meer Toon minder