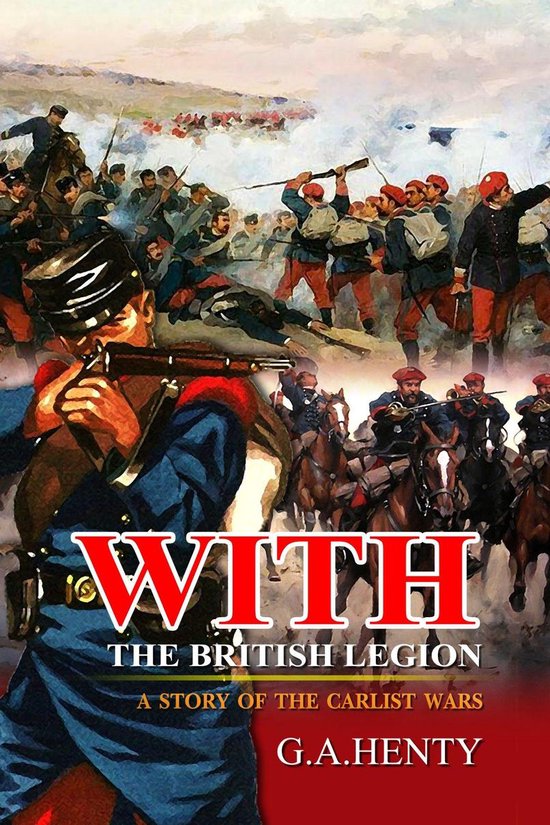 The story of the doings of the British Legion under Sir de Lacy Evans in Spain is but little known. The expedition was a failure, and that from no want of heroic courage on the part of the soldiers, but from the most scandalous neglect and ill-treatment by the Government of Queen Christina. So gross was this neglect that within six months of their arrival in the Peninsula nearly five thousand, that is to say half the Legion, had either died from want, privation, or fever in the hospitals of Vittoria, or were invalided home. The remainder, although ill-fed, ill-clothed, and with their pay nine months in arrear, showed themselves worthy of the best traditions of the British army, and it was only at the end of their two years' engagement that, finding all attempts to obtain fair treatment from the Government unavailing, they took their discharge and returned home.


The history of their doings as described in the following story is largely founded on a pamphlet by Alex. Somerville, a man of genius who enlisted in the Legion; and the events subsequent to its disbandment are taken from the work of Major Duncan, one of the Commissioners appointed by the British Government to endeavour to see that the conditions of a convention entered into by our Government and the leaders of the contending parties in Spain were duly observed--a convention, however, that had very small influence in checking the atrocities committed by both combatants.