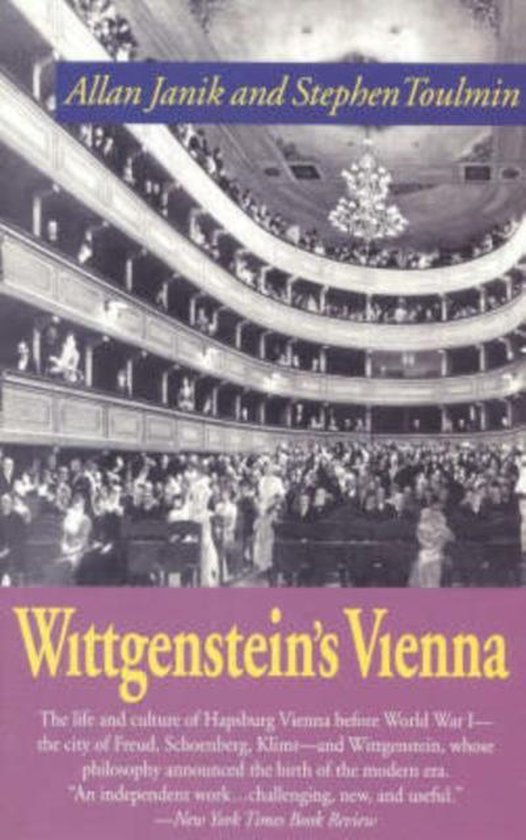 This is a remarkable book about a man (perhaps the most important and original philosopher of our age), a society (the corrupt Austro-Hungarian Empire on the eve of dissolution), and a city (Vienna, with its fin-de siecle gaiety and corrosive melancholy). The central figure in this study of a crumbling society that gave birth to the modern world is Wittgenstein, the brilliant and gifted young thinker. With others, including Freud, Viktor Adler, and Arnold Schoenberg, he forged his ideas in a classical revolt against the stuffy, doomed, and moralistic lives of the old regime. As a portrait of Wittgenstein, the book is superbly realized; it is even better as a portrait of the age, with dazzling and unusual parallels to our own confused society. Allan Janik and Stephen Toulmin have acted on a striking premise: an understanding of prewar Vienna, Wittgenstein's native city, will make it easier to comprehend both his work and our own problems....This is an independent work containing much that is challenging, new, and useful. -New York Times Book Review.
Toon meer Toon minder