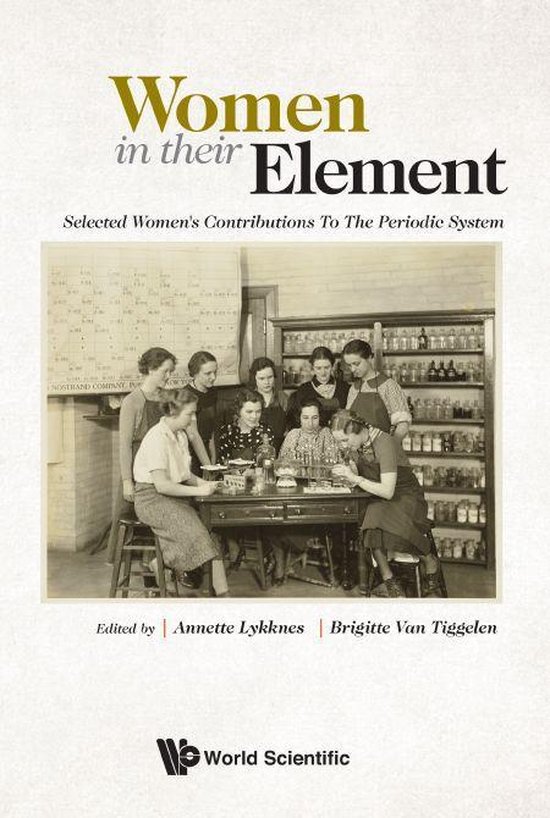 'The book is undeniably a work of scholarship with detailed research, substantial references and footnotes, and academicsâ€™ characteristic dry and detached style. Most of the essays felt similar in tone despite the wide range of authors. The academic nature of the book means it isnâ€™t a casual read but itâ€™s accessible enough for non-scientists who want to gain insight in the history of women and science.'

This year we celebrate the 150th anniversary of Mendeleev's first publication of the Periodic Table of Elements. This book offers an original viewpoint on the history of the Periodic Table: a collective volume with short illustrated papers on women and their contribution to the building and the understanding of the Periodic Table and of the elements themselves.Few existing texts deal with women's contributions to the Periodic Table. A book on women's work will help make historical women chemists more visible, as well as shed light on the multifaceted character of the work on the chemical elements and their periodic relationships. Stories of female input, the editors believe, will contribute to the understanding of the nature of science, of collaboration as opposed to the traditional depiction of the lone genius.While the discovery of elements will be a natural part of this collective work, the editors aim to go beyond discovery histories. Stories of women contributors to the chemistry of the elements will also include understanding the concept of element, identifying properties, developing analytical methods, mapping the radioactive series, finding applications of elements, and the participation of women as audiences when new elements were presented at lectures.As for the selection of women, the chapters include pre-periodic table contributions as well as recent discoveries, unknown stories as well as more famous ones. The main emphasis will be on work conducted in the late 19th century and early 20th century. Furthermore, the book includes elements from different groups in the periodic table, so as to represent a variety of chemical contexts. 'As with the discoveries themselves, bringing these tales of female scientists to light has taken much teamwork, including by contributors Gisela Boeck, John Hudson, Claire Murray, Jessica Wade, Mary Mark Ockerbloom, Marelene Rayner-Canham, Geoffrey Rayner-Canham, Xavier Roqué, Matt Shindell and Ignacio Suay-Matallana.Tracing women in the history of chemistry unveils a fuller picture of all the people working on scientific discoveries, from unpaid assistants and technicians to leaders of great labs. In this celebratory year of the periodic table, it is crucial to recognize how it has been built — and continues to be shaped — by these individual efforts and broad collaborations.'