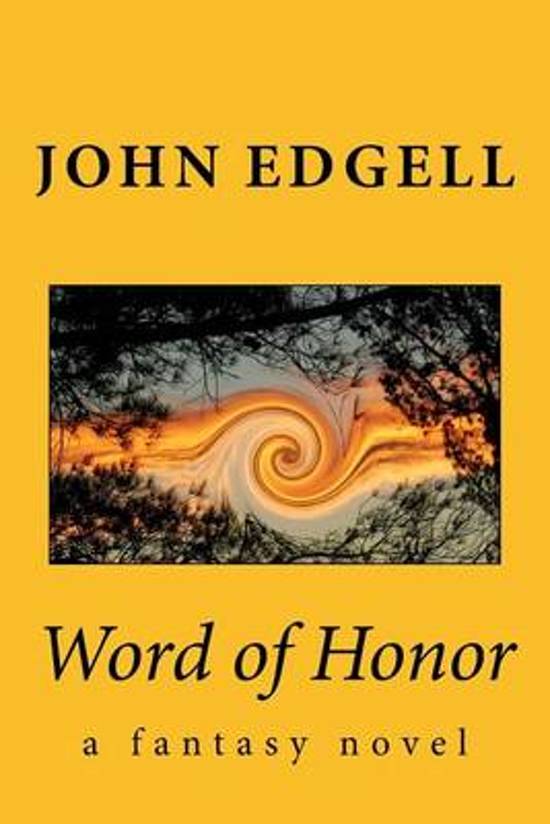 ''In the loveliest meadow in the realm, he picked the realms loveliest flower, cast it on the ground, and defiled it.''Word of Honor provides a satisfying reading experience for lovers of fantasy fiction who want to enjoy an out of the ordinary, complex story that captivates and thrills, that is gripping without being excessively dark or crude.Thaxindar, an attentive and caring priest, rescues Kander, a street urchin from the back alleys of Zwexdrof in the realm of Xzwendaria. While Kander grows to be a man with moral fiber, the realms heir apparent, Prince Zandirxin, spirals down into dark depths of depravity. A young woman, Patrexna, finds her life forever changed, while Zwindra, struggles with challenges she never thought she would face. It is said that provocation is the child of fear, and fear the child of ones hunger to dominate, and the hunger to dominate is the spawn of ones desire to be God. Xvardris hungers to dominate, to rise above all others, to rule with an iron fist, yet this one who would usurp the throne does indeed have reason to fear. If the realm is to be saved from Xvardris machinations time is of the essence. However, Kander and Zwindra must rise above mulish differences in their quest to save the realm. In the midst of their joint venture, they grow in character and courage, while an unseen hand works for good.The consequences of Zandirxins, Kanders, Zwindras and others choices lead to intrigue, deception, and a dangerous quest, with the realm and the freedom of its people hanging in the balance. Baruch (Xzwendarian name for God) has predicted good, but the realm is afflicted with evil and cruelty. Why a lover of fantasy fiction will want to read Word of Honor: The pure enjoyment of the read; humor, drama, mystery and intrigue; the remarkable cast of characters; the emotional connection you will make with the characters; the wonderful complexity of the story; the subtle but skilled use of fantasy; exceptional originality and relevancy; and because it mirrors the day in which we live. The story touches on abuse, human trafficking, immorality, perversion, people being lovers of self and lovers of pleasure, and political intrigue. Baruch is faithful, and in spite of all the evil and chaos in the world he keeps His word, his promises concerning the realm. And that which concerns the realm concerns the people of the realm. In Word of Honor ordinary people rise above the evil of the day to fulfill Baruchs planthe ordinary emerging as extraordinary, flawed yet heroic. True lovers of fantasy fiction will be delighted with this epic story.How have lovers of fantasy fiction responded to the Word of Honor? Here is one readers feedback via email: I finished Word of Honor last night and want to tell you how much I enjoyed it! Wow, what an imagination you have! It was one of those books that I couldn't put down. I kept thinking what a great large scale movie production it would make. You are a really good writer! Great job and thank you for the adventure! Sincerely, KeithWord of Honor is fantasy fiction grounded in a Christian worldview, a story of faith and Gods sovereign hand working in and through free choice.
Toon meer Toon minder