World of the Drone & the Rotifers 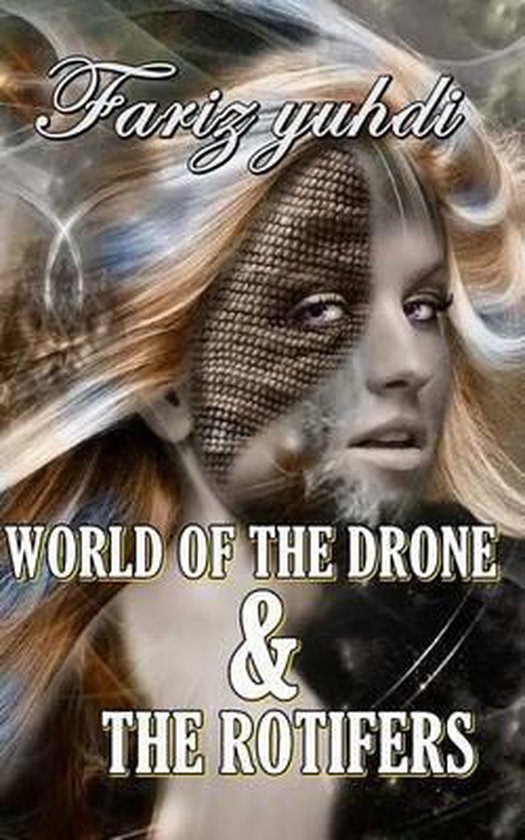 The beetle woke from a dreamless sleep, yawned, stretched cramped limbs and smiled to himself. In the west the sunset's last glow faded. Stars sprang out in the clear desert sky, dimmed only by the white moon that rose full and brilliant above the eastern horizon. Methodically, suppressing impatience, he went through every evening's ritual of waking. He checked his instruments, scanned the mirrors which gave him a broad view of moonlit desert to his left. To the right he could see nothing, for his little armored machine lay half-buried, burrowed deep into the sheltering flank of a great dune; all day long it had escaped the notice of prowling diurnal machines of prey. He listened, too, for any sound of danger which his amplifiers might pick up from near or far. The motor, idling as it had all day while its master slept, responded to testing with a smooth, almost noiseless surge of power. The instruments were in order; there was plenty of water in the condenser, and though his food supply was low that shouldn't matter—before tonight was done he would be once more among his people. Only the fuel gauge brought an impatient frown to his face. It was menacingly near the empty mark—which meant he would have to spend time foraging before he could continue his journey. Well ... no help for it. He opened the throttle. The beetle's name was Dworn, and he was twenty-one years old. The flesh and blood of him, that is. The rest, the steel-armored shell, the wheels and engine and hydraulic power-system, the electric sensory equipment—all of which was to his mind as much part of his identity as his own skin, muscles, eyes and ears—was only five years old. Dworn's face, under his sleep-tousled thatch of blond hair, was boyish. But there were hard lines of decision there, which the last months had left.... Tonight by the reckoning of his people, he was still a youth; but when tomorrow dawned, the testing of his wanderyear would be behind him, and he would be adult, a warrior of the beetle horde. Sand spilled from the beetle's dull-black carapace as it surged from its hiding-place. It drifted, its motor only a murmur, along the shoulder of the dune. Dworn eyed his offending fuel gauge darkly; he would very much have liked to be on his way at top speed, toward the year's-end rendezvous of the horde under the shadow of the Barrier. He began cruising slowly, at random, across the rolling moonlit waste of wind-built dunes, watching for spoor. He spied, and swerved automatically to avoid, the cunningly concealed pit of a sand devil, strategically placed in a hollow of the ground. Cautiously Dworn circled back for a second look. The conical pit was partly fallen in, unrepaired; the devil was obviously gone. The burrowing machine would, Dworn knew, have had fuel and other supplies somewhere in its deep lair, buried beneath the drifted sand where it spent its life breathing through a tube to the surface and waiting for unwary passers-by to skid into its trap. But Dworn regretfully concluded that it would not be worth while digging on the chance that whatever had done away with the devil had not rifled its stores.... He swung the beetle's nose about and accelerated again. On the next rise, he paused to inspect the track of a pill-bug; but to his practiced eye it was quickly evident that the trail was too old, blowing sand had already blurred the mark of heels, and the bug probably was many miles away by now.
Toon meer Toon minder