Write Me If You Dare! 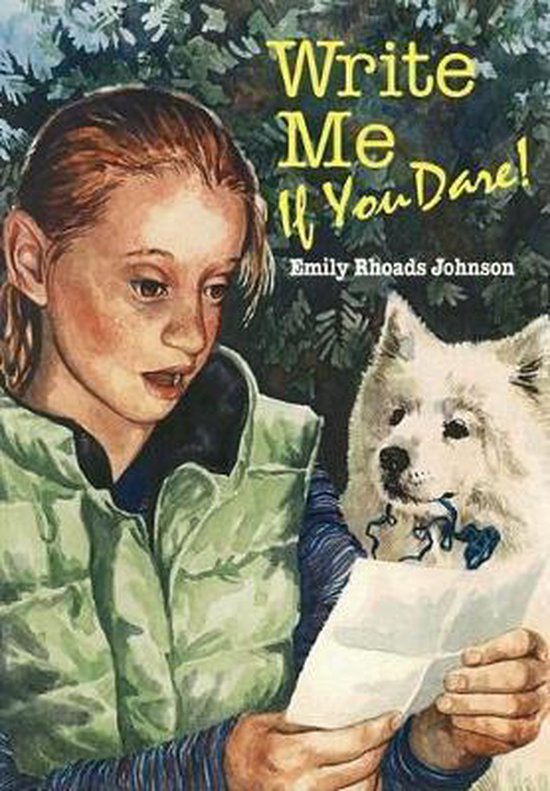 When she's not helping her father with his bee-keeping business, 11-year-old Maddie Pruitt is on the lookout for signs. Ever since she spied a falling star the night her mother died, Maddie has relied on signs and rituals to keep herself, her father, and her grandfather safe. When Maddie finds a popped balloon with an address attached, she thinks it might be some kind of sign. She begins a correspondence with 14-year-old Pearl Paradise, becoming increasingly intrigued by the aura of mystery surrounding her new friend. In her letters Pearl often uses strange words that Maddie's never heard of, and when Pearl sends a photograph of herself, it is decades old. As baffling as they are, Pearl's letters comfort Maddie, especially when her father starts dating a woman completely unlike her mother. When Maddie's father announces his engagement, Maddie retreats deeper into her emblematic world, shutting out everyone but Pearl. But when Pearl makes a startling revelation about herself, Maddie realizes the importance of accepting change rather than fearing it.
Toon meer Toon minder