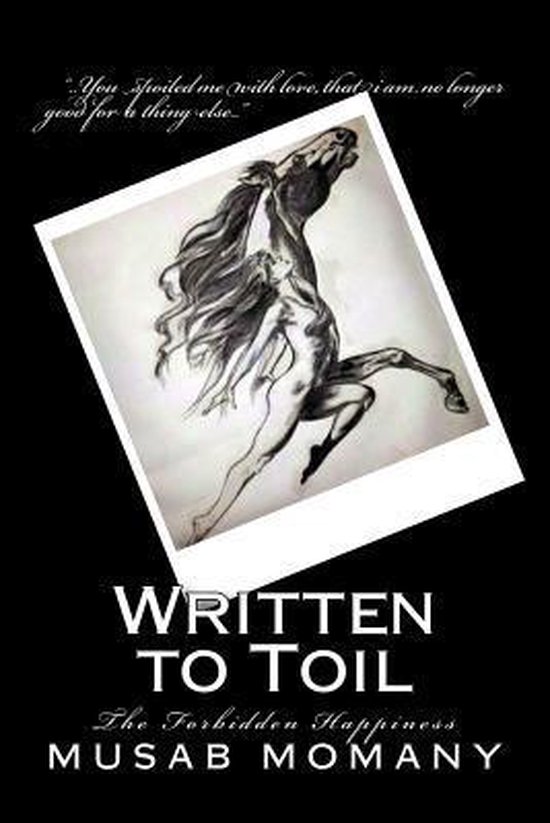 ''Written To Toil'' is a novel that talks about an average man who teaches in a college and feels unbelonging among the corrupted society of his; which stands for the whole Arab world as well. He seems puritan and innocent at the beginning, believing in ethics and morals, wishing real reforms and changing's to take place in the world around him. Suzan; the turning point of his life causes him to feel the missing which he never recognized before, she plays a very significant part in letting free his revolter spirit which keeps abreast with the revolt in the Arab world during Arab spring. Believing that dreams can come true, chances can be taken, after recognizing the possibility of sticking to what once was impossible becomes his utmost purpose in life. Readers start recognizing the changes in his attributes, the way he philosophies and justifies his immoral behaviors and deeds to stay close to Suzan '' his own icon of freedom'' and he of her as well. Suzan,on the other hand, becomes the fatal woman who enlightens him with knowledge and taste of change. He loses his ethics and morals and becomes capitalist in seizing the opportunities. The ransom of knowledge has always been a punishment to curious ones who seek changes in life. He made his dream and wish come true, knowing that he kept to his love; the right of once being a chooser.''Written To Toil'' is a real reflection of the Arab mind, it could be a masterpiece for the information it has about the Arab world, their way of thinking, their submission, their tyrant mental restrictions represented in their ethics, their morals, and their believes. This novel sheds the light on the Arab culture and keeps comparing it to the modern world..the journey gradually from Jordan to Dubai then to London can also be seen as internal journey of a man's' self and the changes that take place in ones' character. The love story in the wrong time itself gives hope for coming generations who are indulged in economic crises, material world, and deterioration, to think of their spiritual needs as well.
Toon meer Toon minder