Year of the Heroic Guerrilla World Revolution and Counterrevolution in 1968 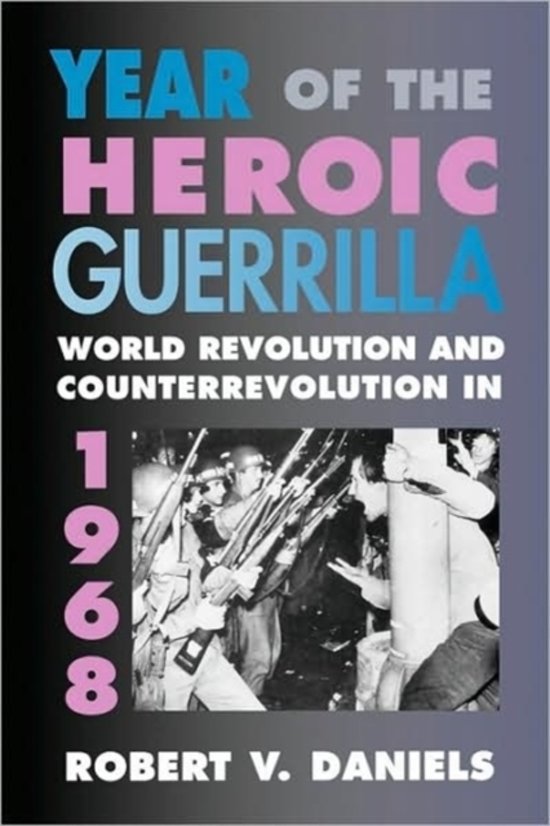 From Paris to Peking, Saigon to Washington, the pillars of the postwar world tottered on the brink of collapese in 1968. Year of the Heroic Guerrilla is a global analysis of that universal upheaval. Daniels depicts the great crises of that era: the Tet offensive and the abdication of Lyndon Johnson; the denouncement of the counterculture; the fissuring of the civil rights movement and the assassination of Martin Luther King, Jr.; the student revolt at Columbia Unviersity; the May uprising in France that nearly overthrew the Fifth Republic; the cultural revolution in China; the chilling of the Prague Spring by the Soviet army; and, finally, the convention and riots in Mayor Daley's Chicago, signalling the downturn of the revolutionary spirit in America.

An altogether engaging analysis of what was arguably the world's most politically tumultuous year since the end of the Second World War.--Steve Weingartner Booklist Daniels has written one of the best general surveys of the revolts of the 1960s...It is intriguing that Daniels predicted, before any of the recent upheavals in China or Eastern Europe had occurred, that this agenda would stir a new wave of revolutionary movement into the 1990s that would take up where the last cycle had left off, with the issues of equality in face-to-face relations, and in those surrounding the environmental crisis...Year of the Heroic Guerrilla is a lucidly written account.--Paul Costello Canadian Journal of History Year of the Heroic Guerrilla is one of the first works I would recommend to anyone who is freshly coming to this topic.--Paul Berman New Leader