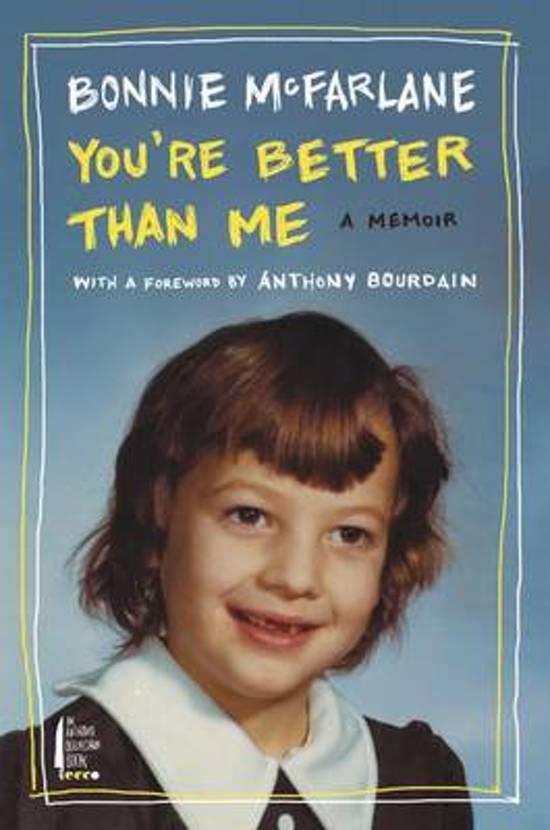 In the spirit of Mindy Kaling, Kelly Oxford, and Sarah Silverman, a compulsively readable and outrageously funny memoir of growing up as a fish out of water, finding your voice, and embracing your inner crazy-person, from popular actress, writer, and comedian Bonnie McFarlane.


It took Bonnie McFarlane a lot of time, effort, and tequila to get to where she is today. Before she starred on Last Comic Standing and directed her own films, she was an inappropriately loud tomboy growing up on her parents' farm in Cold Lake, Canada, wetting her pants during standardized tests and killing chickens. Desperate to find "her people"—like-minded souls who wouldn't judge her because she was honest, ruthless, and okay, sometimes really rude—Bonnie turned to comedy. In her explosively funny and no-holds-barred memoir, Bonnie tells it like it is, and lays bare all of her smart (and her not-so-smart) decisions along her way to finding her friends and her comedic voice.


From fistfights in elementary school to riding motorcycles to the World Famous Comic Strip, to Late Night with David Letterman, and through to her infamous "c" word bit on Last Comic Standing, You're Better Than Me is her funny and outrageous trip through the good, bad, and ugly of her life in comedy. McFarlane doesn't always keep her mouth shut when she should, but at least she makes people laugh. And that's all that matters, right?