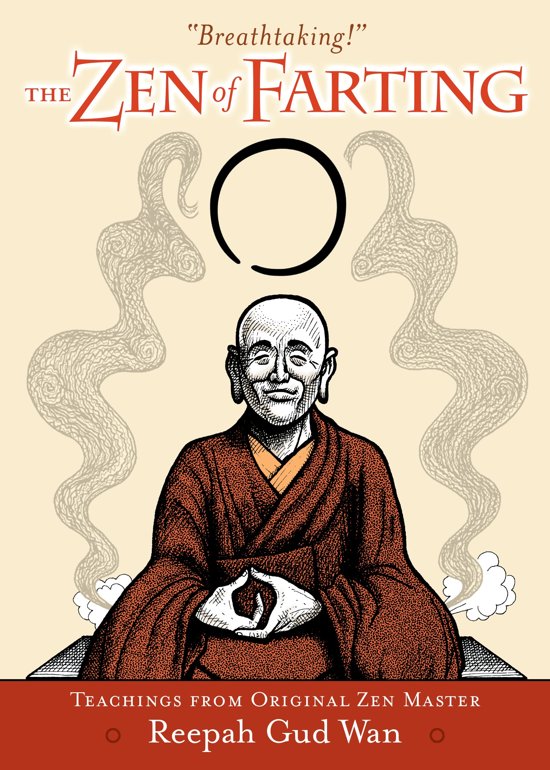 In 1993, a Taiwanese fisherman opened a chest that had been in his family for centuries. Inside, he found a manuscript which may be as significant as the Dead Sea scrolls—a manuscript which will revolutionize our thinking about the origins of Zen. Written on a rice paper scroll, the manuscript records the teachings of the founder of Zen, the Master Reepah Gud Wan. It makes it quite clear that Reepah, a legitimate teacher of Buddhism, was frustrated by the inability of his students to grasp the abstract concepts of the Buddha. In desperation, he decided to play a joke on them. He invented the Zen of Farting, confident that even the densest pupil would realize that he was making a joke and laugh at his excessive seriousness—not to mention his farts.

The joke went over like a stale air biscuit. Soon, the Master had thousands of students eager to learn this brave new spiritual teaching, the Zen of Farting. Thus was Zen born, not of heaven, but of the 'ethereal child of earth.'
Toon meer Toon minder