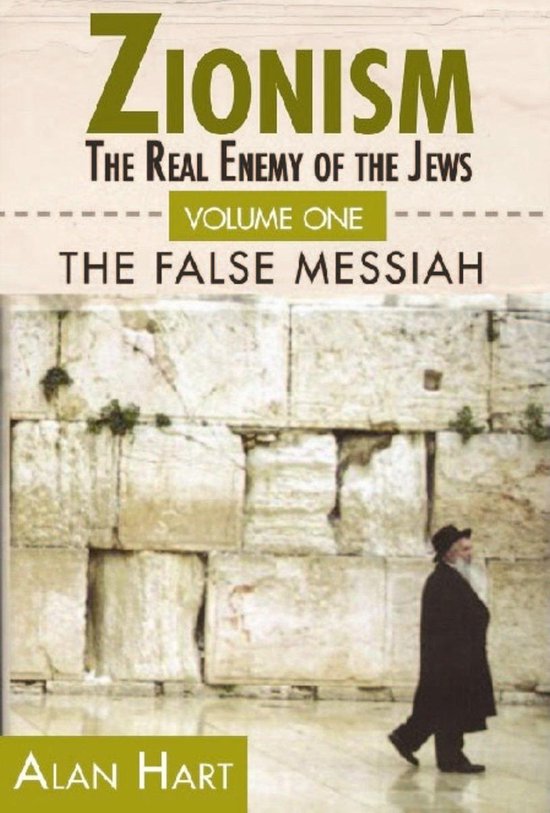 The False Messiah is Volume I of a monumental history of the Israel-Palestine conflict , Zionism: The Real Enemy of the Jews, by a seasoned reporter with a vast first-hand knowledge of the Middle East. It is the first book to put the struggle for Palestine into its global context-to show how all the pieces of a complicated jigsaw puzzle fit together. It’s also the first ever account of events to address the motives, needs, and dilemmas faced by all sides: diaspora Jews’ real fear of Holocaust II; the Palestinian right to justice and self-determination; the legitimate anger of the Arab masses at American support for Zionism right or wrong; and the inevitable corruption and repression of the regimes of the existing Arab Order who, fearing harsher Israeli assaults, have tried to contain them. From the beginning, the conflict pitted a well-financed First World nation of European colonialists who held the upper hand in terms of military hardware, air power and capability against an essentially feudal Third World Arab nation. The False Messiah sheds new light on: Â· The early Zionist relations with UK, German and US governments. Â· Zionism’s contribution to bringing the US into World War I. Â· Zionism’s role (and that of domestic non-Zionist Jews) in the diversion of Jewish refugees, first from Russia, then from Germany, to Palestine rather than to the US, UK or elsewhere, sabotaging, inter alia, Truman’s efforts to provide visas to the US for 100,000 Jewish immigrants. Â·Â· Truman’s belabored decision-making processes leading to his recognition of the State of Israel, against the advice of 3 US Secretaries of State and his Secretary of Defense who all asserted the US’ best interest was alignment with the Arab world. Â· The expansion of the Israeli state beyond its UN-recognized borders immediately upon its creation, and how it was made possible by Israel’s military superiority even from its pre-creation. At no point throughout its history, Hart contends, has Israel ever faced an “existential threatâ€ to its existence. As a former BBC Panorama and ITN Middle East correspondent, Alan Hart knew and interviewed most of the main players in the Israel-Palestine conflict (Golda Meir, Moshe Dayan, Shimon Peres, Yasser Arafat and other PLO leaders, George Habash, Nasser, King Hussein of Jordan, King Feisal of Saudi Arabia, and many others). He also exhibits a wealth of research into a full spectrum of viewpoints.
Toon meer Toon minder