Zoo Story A Tail for Our Time 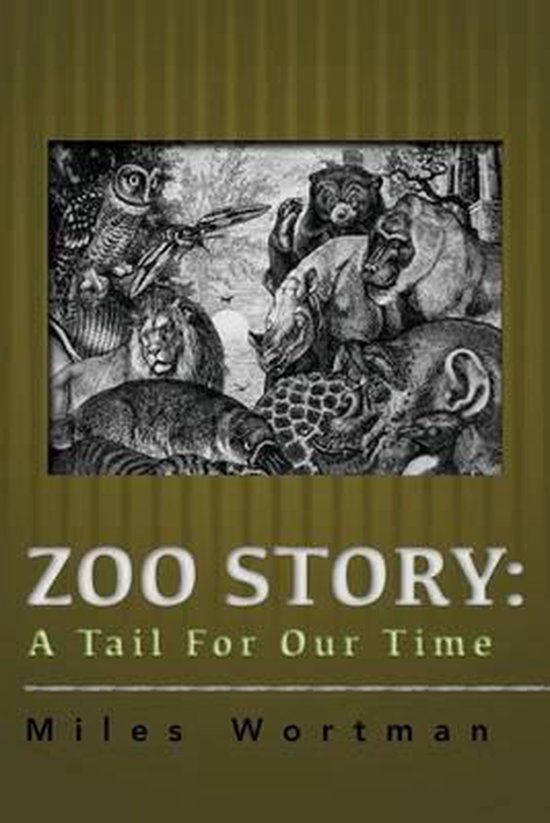 “Zoo Story: A Tail for Our Time” is a 21st century retelling of Orwell’s “Animal Farm.” In Gotham’s decrepit and bankrupt zoo, the animals revolt and seize control, eventually invading the surrounding park. The city is in an uproar. The blogosphere goes berserk. Politicians and pundits, animal rights groups and non-profits, columnists and commentators, actors and rock stars demand action. Throughout the world, demonstrations erupt both in support of and against animal freedom.The global outrage spins out of control. Media commentators and bloggers argue over whether to destroy the rebellious beasts or give them their rights. Academics chime in with theories of bestial behavior. Non-profits fight among themselves for the right to provide help to the beasts and conflict over food quality and animal rights. Debates grow violent. The government moves to dispatch the National Guard to restore order by any means. The United Nations calls a special session. The famous if fading starlet Childe organizes a march of a million children to ''save the zoo''. In Gotham, Mayor Bloom and the top-cop Duke Blair fight to maintain a modicum of civility while the Governor seizes on the issue for his own political motives. The philanthropist Cynthia Fairly demands protection for the roaming animals while Councilwoman Maria Cruz denounces spending of scarce resources on animals rather than for the city's needy.Observing the anarchic debate, the animals realize “they’re not paying attention to US! They were supposed to pay attention to US!!! Isn't that the point? How do these humans survive if they keep growling at each other all day long? Law of the jungle out there.” The beasts debate how to achieve the vision of the aged baboon, Ol’ Moses, to escape the confines of the zoo and roam freely through bountiful plains and forests, as they once had in nature. The wise owls, Athena and WHO, urge moderation while the chimp Che leads the radical simians. All the elephants Jumbo & Godiva seek is a return to the peace of the old Zoo, where they might expect daily feedings and showers.“Zoo Story” combines satire with commentary on the decline of language and meaning in today’s blogs and social media, political debates, dubious charities and cynical marketing strategies. It is truly Orwell for the 21st Century.
Toon meer Toon minder

Extra groot lettertype
Nee
Subtitel
A Tail for Our Time