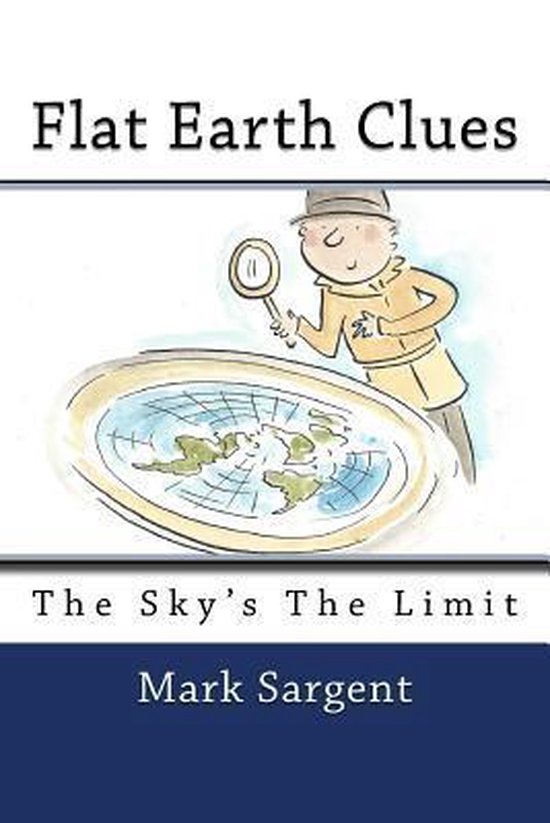 The Flat Earth Clues book gives you 12 compelling reasons why you should rethink the globe model that you have been taught.Before you were born, before your parents, your grandparents, before you even had a family lineThere was the illusion, the trick, the lie... That you lived on a small spinning rock, flying through space.You thought it was true, because children don't believe in lies. And you grew up, and it was still true, because science is never wrong... Except for small things like, Lead Gasoline, Lead Paint, DDT, Cigarettes not causing cancer, and what the core of the earth looks like.You know that fire burns, water is wet, drop something and it falls to the floor. We can all test these things. What shape is the world? That's not something you know, it's something you're TOLD. To put it simply, you just have to take their word for it.And there's the real crux of the problem, the weight of their word, it's really about trust. Most of us trust science to some degree. To be fair, it has produced some modern conveniences, like air conditioning, lightbulbs, and smart phones.But it also made things like atomic weapons, nerve gas, and napalm. Make no mistake, the greatest advances in science have been in different ways to kill each other.What if, after centuries of preaching the globe as a religious icon, "the powers that be" found out that it was actually not a sphere, but instead something much different? Would they risk unravelling 500 years of science doctrine by informing the public? Could a government still retain it's authority if there were actually proof of a higher power?It's about proving the Flat Earth, but more importantly, it's about disproving the globe, and that shouldn't be possible, but there are several big questions which science has a difficult time with.Why was there only one blue marble image used for 43 years? Where are the videos of the earth rotating from space? Astronauts can't turn around in space with the camera running? Not even by accident? Are the Van Allen radiation belts dangerous? Why does the Orion Trial by Fire video exist? Why was the space shuttle program cancelled? Why does the Mars mission keep getting postponed? Why are they closing down the ISS? Why is Psalm 19:1 on Werner Von Braun's headstone? Why is the moon generating a light that is sometimes 12 degrees colder than the moon shade? How is that possible if it's reflecting the suns rays? And if the moon is generating it's own light source, then what was that dark grey thing we landed on?We can beam back crystal clear photos of Pluto, but the Global Positioning System doesn't track planes in the Southern oceans?And why does this topic, compared to ANY other, conspiracy or not, make people excited, angry, or scared? Some of you are getting anxious just listening! Why? Because it's the greatest trick of all, and we all fell for it. You should be excited, because it's going to change the world. You should be angry, because you were fooled your entire life, and you should be a little scared, because this is uncharted territory.This is the Flat Earth theory, that the world is easy to understand, more intimate, and very deliberate. It didn't just happen, it was built, and more importantly built for you. Open your eyes and smile. You have never been alone.Published by Booglez Limited, UK - Flat Earth Clues is digestible nuggets of information broken down in a very reader-friendly way.Author Mark Sargent is located in the USA and can be contacted on msargent23@comcast.net or +303-494-6631. He runs a regular radio show called Enclosed World where you can phone in and discuss the topic. More information about Flat Earth can be found at www.EnclosedWorld.com and the links to the video clues series are also on that website.
Toon meer Toon minder