Let Justice Be Done An Analysis of Early Developments in English Common Law, 1066-1400 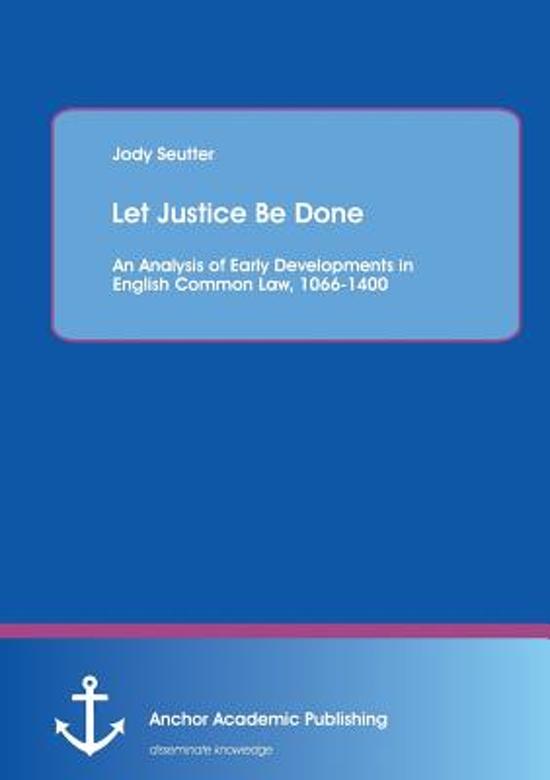 Fledgling developments in English law in the first few centuries of Anglo-Norman rule will eventually form the basis for common law jurisdictions the world over. That said, most historians maintain that the common law did not fully mature until at least the 1600s. Following a concise legal history of England from 1000-1400, this book argues that common law courts were well-defined and in full operation well before the seventeenth century.