Patterns Of Democracy Government Forms And Performance In Thirty-Six Countries 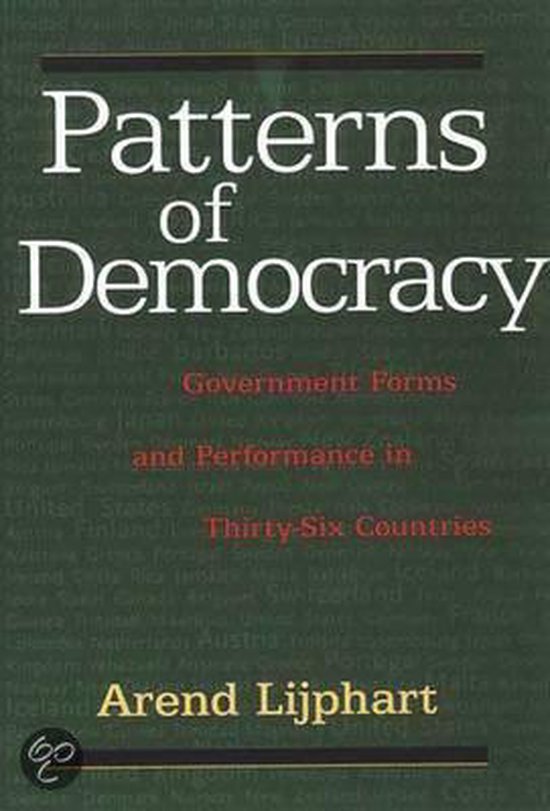 In this updated and expanded edition of his highly acclaimed book Democracies, Arend Lijphart offers a broader and deeper analysis of worldwide democratic institutions than ever before. Examining thirty-six democracies during the half-century from 1945 to 1996, Lijphart arrives at important -- and unexpected -- conclusions about what type of democracy works best. While conventional wisdom suggests that majoritarian democracies like those in the United States and Great Britain are superior to consensual systems like those in Switzerland and Israel, Lijphart shows this is not so. In fact, consensual systems stimulate economic growth, control inflation and unemployment, and limit budget deficits just as well as majoritarian democracies do. And, consensus democracies clearly outperform majoritarian systems on measures of political equality, women's representation, citizen participation in elections, and proximity between government policies and voter preferences.

Systematically comparing cabinets, legislatures, parties, election systems, supreme courts, and -- for the first time in this volume -- interest groups and central banks, Lijphart demonstrates that the more consensual a democracy, the kinder and gentler it is when addressing welfare, environmental, criminal justice, and foreign aid issues. These findings are of far-reaching import not only for countries designing their first democratic constitutions but also for established democracies seeking practical approaches to reform.
Toon meer Toon minder