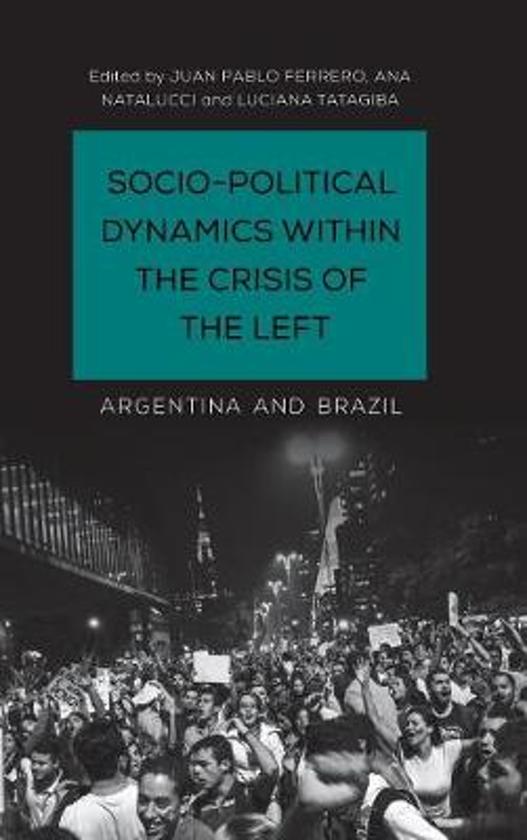 Has the left turn come to a definite end? What have been the legacies of the left turn and how can they be measured? Who are the key actors shaping the new anti-populist' discourse and in what sense are they different from the social movements supporting progressive governments? How do these forms of identification relate to the dominant forms of subjectivisation in a globalized neoliberal world? Does the development of a new socio-political dynamic in the region strengthen or undermine the struggles for equality, democracy and more cohesive societies? This collection studies the gestation of the crisis of the left turn consensus dominant in Argentina and Brazil for the past 15 years and the emerging socio-political dynamics developing in this particular context of change. The volume identifies the traditional and emerging actors which have been influential in the socio-political arena for the past six to ten years. It also traces major episodes of protests between 2011-2015 in Brazil and Argentina.
Toon meer Toon minder

Combining an innovative theoretical approach and an impressive collection of empirical data from Brazil and Argentina, this book brings new light on the role of social mobilization during the left governments and in their fall. The crisis of the left struck hard on Latin America, but it has been a global tendency. Its understanding should concern everybody fearing the decline of democratic rule. -- Evelina Dagnino, Full Professor of Political Science, University of Campinas, Brazil What accounts for the apparently puzzling political U-turn in Latin America? It was not so long ago that analysts spoke of a hegemonic left and left-of-center project in the region, an alliance of government, allied social movements, and large numbers of beneficiaries of socially-inclusive policies, that seemed in many countries both successful and durable. Now, as the region seems to turn, country by country, towards conservative and revanchist politics, the analyses in this valuable book seem vital. Based on the two largest countries in Latin America, the book avoids easy answers or reliance on stylized categories. Rather, it wisely seeks answers to socio-political dynamics in the previous period, ones that developed and intensified over the course of the left turn. Drawing on careful research and sophisticated theoretical tools, this book is timely, incisive, and sobering. It is necessary reading for anyone interested in the region or on the possibilities of institutional left politics more broadly. -- Gianpaolo Baiocchi, Professor of Individualized Studies and Sociology, New York University This fascinating volume illuminates the missing link in the studies on the recent left turn in Latin America. Though the literature is abundant on state-centered perspectives on public policies, party systems and welfare expansion, the patterns of popular mobilization have been scarcely studied. This book is something we have long been waiting for: a rigorous and socially-grounded analysis of popular politics in two major countries of the region. -- Sebastian Etchemendy, Associate Research Professor, Universidad Torcuato Di Tella
Toon meer Toon minder