The Making of a Man Notes on Transsexuality 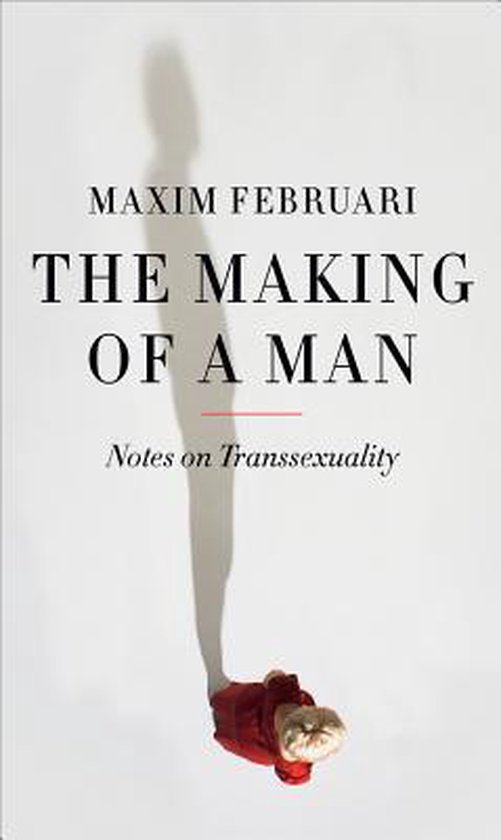 In autumn 2012, the writer and philosopher Maxim Februari, known until then as Marjolijn Februari, announced his intention to live as a man. In The Making of a Man he describes how the news was greeted and how people began to react: with unease, interest and sometimes a slightly too comradely tone. Whatever the response, there was always an element of ignorance - hardly anyone seemed to understand what a sex change actually involved or how best to react to it. Februari contemplates the many questions he had to deal with during his transition, from the effects of testosterone to the sexual organs, love, the legal position and matters of language: should we say 'transgender' or 'transsexual'? Februari meticulously dissects these issues without losing what makes them so personal and what makes his own transition so fascinating. Februari questions our impressions of effeminate men and butch women, and examines apparent acceptance and actual prejudice. Although the process of changing sex is a lengthy one, the outside world experiences it as a fairly abrupt switch.From one day to the next, as the testosterone took effect, Februari started to find himself addressed as a man rather than as a woman. 'What had changed?', he asks himself. 'In the intervening 24 hours I hadn't had a haircut, I wasn't wearing different clothes; it was just that the testosterone had altered the subtle signals by which my body suggested its sex.' The Making of a Man is a unique and moving account of Februari's experiences, an intimate and humorous tale written by a distinctive voice. Februari analyses and describes, charts and enquires. Above all, he makes us think.
Toon meer Toon minder