Won by the Sword A Tale of the Thirty Years' War 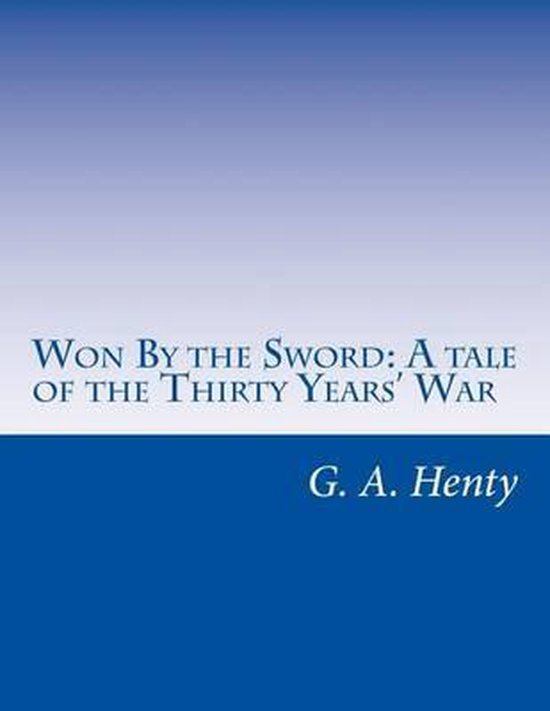 In my preface to the Lion of the North I expressed a hope that I might some day be able to continue the history of the Thirty Years' War. The deaths of Gustavus and his great rival Wallenstein and the crushing defeat of the Swedes and their allies at the battle of Nordlingen brought the first period of that war to a close. Hostilities, indeed, never ceased, but the Swedes no longer played the leading part on the Protestant side that they had hitherto occupied. Oxenstiern, the great chancellor of Sweden, saw that the only hope of eventual success lay in engaging France in the struggle, and he and the Duke of Weimar went to Paris and pointed out to Richelieu that unless France intervened, Austria must become the master of all Germany, and as the ally of Spain would have it in her power to completely dominate France. Richelieu perceived the opportunity, made a treaty with the Swedes and Weimar, and engaged to grant large subsidies to the former, and to send an army to cooperate with the latter. Then began the second period of this long and terrible struggle, France now taking the place that Sweden had hitherto occupied, and bearing the brunt of the conflict. She emerged triumphant with her territories largely increased, while Austria was crushed and humiliated, and Spain was dethroned from her position as the dominating power of Europe. The success of France was greatly due to the fact that her armies were led by two of the greatest military geniuses of all times, viz., Conde and Turenne, men of very different types, but equally great as commanders, and equally at the time of which we are speaking devoted to the cause of France. Both were men of extraordinary personal courage, and although one was as prudent and careful of the lives of his troops as the other was impetuous and careless at what cost he won his victories, they worked together with a harmony that could have hardly been expected among men so differently constituted. Although, in the subsequent wars of the Fronde they took different sides, their friendship, except during a short period of alienation, was never shaken, and their admiration for each other's genius never abated
Toon meer Toon minder