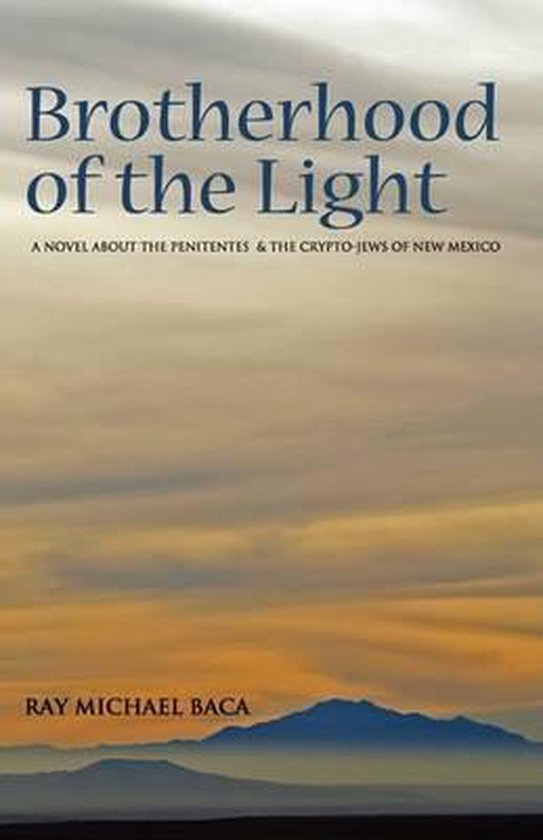 Brotherhood of the light follows the lives of three men from one family who lived in different centuries but were inexorably bound by the legacy of a cross that was brought from the Old World to the New. A relic that had come to prominence at the battle for Granada, when Spain united to expel the Moors. Descendents of Sephardic Jews who fled the Inquisition in Spain, the family joined Los Hermanos Penitentes. This secretive society of lay Catholic men in Northern New Mexico, who believe in emulating Christ's Passion, his trial, his walk, and his suffering on the cross at the end ofeach Lenten season, was used for a dozen generations as a shield by the family to disguise their Crypto-Jewish identity while they struggled with the legacy bestowed upon them. John Castillo lives in this century, and is in search of the cross which had become lost two-hundred years before. Spiritually, he is devoid of a true set of beliefs, as he is one who knows of the family's past through inherited oral history. He is conflicted with who he is. Is he Catholic, or is he Jewish? Is he something because he was born into it, or is he something because he believes? The others in John's long family history include Ramon Bemal de Castilla, a Sephardic Jew who leaves Spain in the 1590's as a reluctant Conquistador, joins Juan de Onate's troops to settle Nuevo Mexico, and is the first keeper of the cross that originated in the forges of Castile. And, Andres Castillo, a boy ofthirteen in the early 1800's taken as a slave by Navajo raiders. Having hid the cross in a desperate attempt to save it, he returns decades later to the hiding place with his son and grandsons as a tribute to the spiritual wealth it has brought to them all. Moving seamlessly between the past and present, weaving together the intricacies of religious fundamentalism, unwavering faith, and a true passion for knowing one's past, Ray Michael Baca takes us on a journey into the stark, beautiful desert, and the romantic valley of the Rio Grande, where Spanish dreams and Native souls have clashed and then lived as neighbors for 400 years. Ray Michael Baca was born in Albuquerque, New Mexico in 1959, and he grew up in the small town of Bernalillo. He attended Navajo Community College in Tsaile, Arizona, and earned both Bachelor of Science and Master of Science degrees from Regis University; a Jesuit university in Denver, Colorado. On leaving New Mexico in 1988, he contended,"I have been trying to make my way back home ever since."
Toon meer Toon minder