Civic Engagement in Postwar Japan The Revival of a Defeated Society 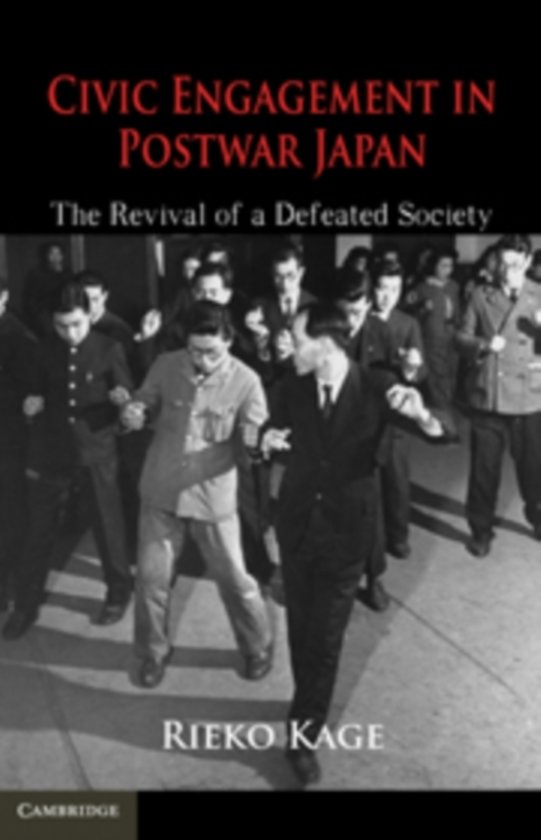 Despite reduced incomes, diminished opportunities for education, and the psychological trauma of defeat, Japan experienced a rapid rise in civic engagement in the immediate aftermath of World War II. Why? Civic Engagement in Postwar Japan answers this question with a new general theory of the growth in civic engagement in postwar democracies. It argues that wartime mobilization unintentionally instills civic skills in the citizenry, thus laying the groundwork for a postwar civic engagement boom. Meanwhile, legacies of prewar associational activities shape the costs of association-building and information-gathering, thus affecting the actual extent of the postwar boom. Combining original data collection, rigorous statistical methods, and in-depth historical case analyses, this book illuminates one of the keys to making postwar democracies work.
Toon meer Toon minder

This is a superb book written with nuance, creativity and as much precision as the subject of civic engagement allows. It has much to teach us about post-war societies and about the crafting of a compelling argument. -Nancy Bermeo, University of Oxford Civic Engagement in Postwar Japan offers a strikingly original and important analysis of the relationship between wartime mobilization and postwar civic engagement. Kage draws on a rich case study of Japan and a statistical analysis of World War II to demonstrate the powerful and politicizing effect of homefront mobilization on the growth of postwar associational life. A fascinating account, this book will appeal to scholars interested in debates about war's effect on democracy and the sources of civil engagement. -Elizabeth Kier, University of Washington This is an important book that anyone interested in civil society or civic engagement in Japan needs to read. Kage's excellent study will also have broad appeal to comparative scholars of these topics and of Japanese politics in general. Kage explores an empirically and theoretically important question with surpassing diligence, and this pays off with compelling conclusions that challenge the conventional wisdom about Japanese economic development and civil society. With its analysis of the legacies of wartime mobilization, the book will provoke new research about the nature of voluntarism and civic engagement. War destroys, but Kage shows how civic engagement unleashes recovery and rebuilding after wartime devastation. Focusing on the extent of wartime mobilization and the legacies of prewar voluntarism, Kage carefully traces the patterns of postwar civic engagement to provide important general lessons about rebuilding war-torn societies. Kage presents a forceful reinterpretation of the Japanese postwar economic miracle' that emphasizes the role of civic engagement, and the legacies of wartime mobilization and prewar patterns of voluntarism. A book about revival, after war and in the ashes of destruction, carries special import in the study of a contemporary Japan afflicted by economic malaise and daunting social and political challenges. -Robert Pekkanen, University of Washington Civic Engagement in Postwar Japan has provocative implications for practice. If Kage is right, legacies of cultural belief and social practice established in the past have more influence on the response to postwar situations than the shock and awe that a population may have experienced. -David C. Hammack, Case Western Reserve University, Nonprofit and Voluntary Sector Quarterly
Toon meer Toon minder