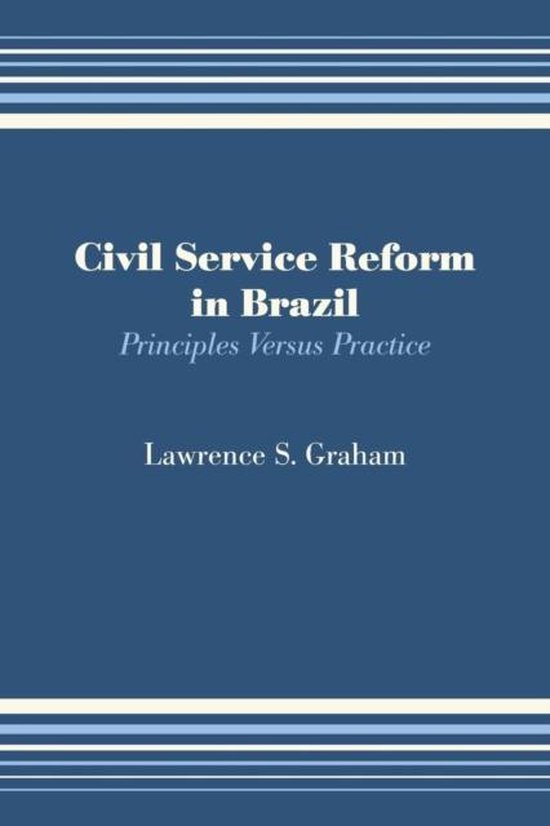 In the 1930s, during the authoritarian government of Getulio Vargas, the Brazilian civil service reform movement began. Thirty-five years later, the actual administrative practices of the country did not adequately reflect the philosophy underlying this movement, a philosophy drawn from the reform experience and public administration theories of the United States and Western Europe. This book examines why these ideas, when transplanted to another cultural setting, did not take root and, further, why they unexpectedly proved to be most applicable in Brazil during periods of autocratic rule. These questions are highly relevant not only to Brazil, but equally to other developing countries struggling to create more effective national administrative systems. For this reason, and in order to evaluate the Brazilian reform experience within its total context (social, economic, and political), Lawrence S. Graham develops a broad conceptual framework. His focus is on the years between 1945 and 1964, a period which allowed a relatively free play of political forces but, ironically, produced a diminution in the success of the reform efforts when compared with the authoritarian governments which preceded and followed it. After a comparative consideration of the public administration theories behind the reform movement, Graham examines this period in terms of the political environment, the functions of political patronage, and the influences of a nascent national party. Finally, he juxtaposes the conditions and course of the Brazilian reform experience with those of the United States and Great Britain. Graham's study of the Brazilian example, which does not pass judgment on the prevailing public personnel system, reveals the importance of understanding the total cultural context within which administrative principles are put into practice. Such an approach, wider than generally held in the field of public administration, may prove to be the most vital factor in the future of the civil service in Brazil and several other countries facing the same problems.
Toon meer Toon minder