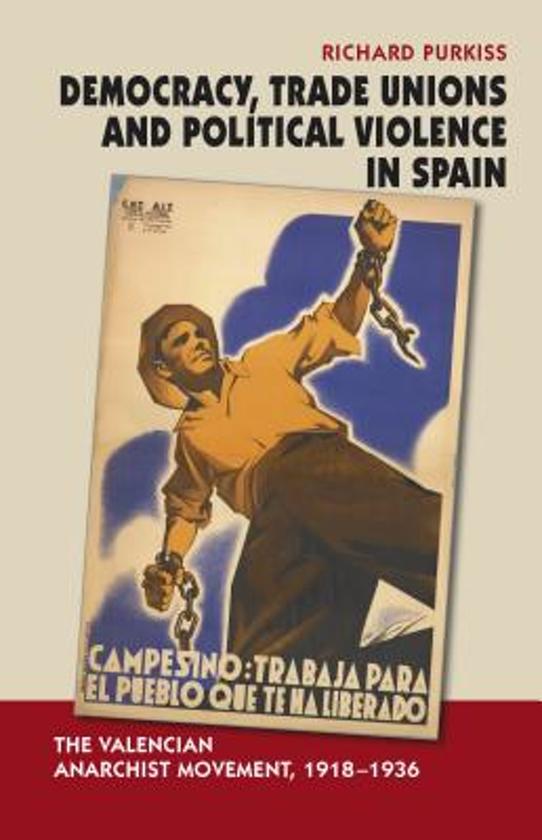 Valencia has traditionally been seen as somewhat exceptional within Spain: a prosperous, agricultural export-oriented economy dominated by small- and medium-sized farmers. This tranquil image of Levante feliz contrasts sharply with those of rebellious, proletarian Barcelona, or impoverished, feudal Andalusia, with which the CNT and the Spanish anarchist movement is most closely associated. However, this new study shows that Valencia in the 1920s and 1930s was anything but tranquil. The vertiginous growth of the CNT between 1918 and 1920 led to the province being a major target of government repression. The situation there was considered by one Interior Minister as more worrying than in Barcelona. Later, in the 1930s, urban Valencia became the focus of a fierce struggle between hard-line revolutionaries linked to the anarchist FAI and more moderate trade unions, whilst numerous local insurrections broke out in rural areas of the province. Eventually, these two factions would form an uneasy truce in time to lead the Valencian left in the battle to overcome the military coup of July 1936 and secure this vital economic region for the Republican side. In providing the first English-language study of this important movement, Dr Purkiss fills a significant gap in the historiography of the Spanish left. Drawing on a wide range of previously underused primary sources, he shows that not only was Valencia a hugely important source of anarchist support, but that the local movement was far more radical than has previously been thought. He thus provides a vital insight into the origins of the revolutionary and anti-clerical violence which swept the province in the early months of Civil War, introducing us to the 'expropriators' and 'men of action' whose activities terrified bourgeois Valencia in the 1930s. Published in association with the Canada Blanch Centre for Contemporary Spanish Studies.
Toon meer Toon minder

From the latter part of the 19th century to the end of the Spanish Civil War in 1939, anarchism was a potent political and social force in Spain, expressed in unions, political associations, and groups practicing direct action. Anarchism won adherents for many reasons - some for its idealism about a future society, some for its organization. For many people, it was the promise of rapid deliverance from a society deemed profoundly unequal in condition and opportunity. Numerous incidents testified to the appeal of anarchism, notably in Catalonia and Andalusia. Anarchist movements and activities, especially in Catalonia, have been much studied since the 1970s in several excellent accounts... This very intensive study of one area is primarily for specialists, but it is also extremely valuable for anyone interested in the history of Spain and the origins of its civil war. Highly recommended. --Choice
Toon meer Toon minder