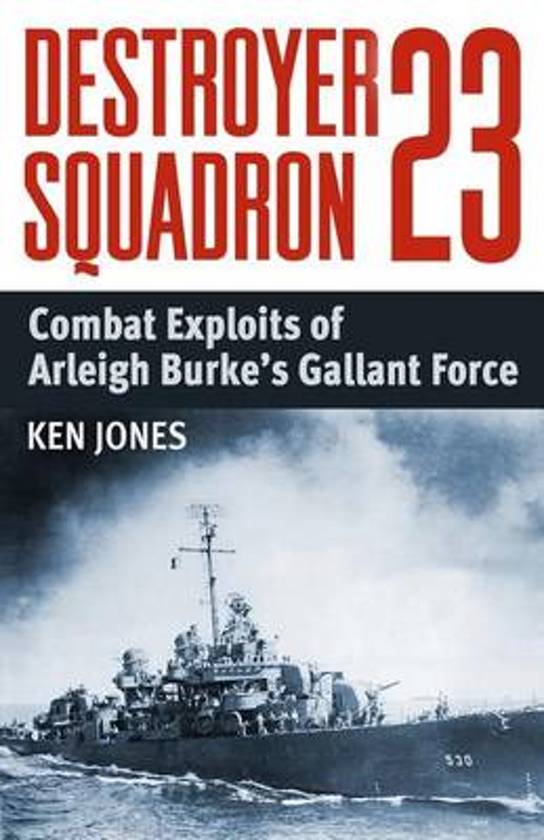 Called one of the most inspiring stories to come out of World War II when first published in 1959, this epic account of Arleigh Burke's legendary Destroyer Squadron 23 is much more than a story of ships and their tactical deployment. It is a story of men in action--some four thousand of them--and how they lived and fought as a magnificent combat team.
Ken Jones not only records their heroic deeds but helps explain what prompted those deeds, including the leadership qualities that fired the men into action. In doing so he brings to life the outfit's fighting spirit--that mysterious combination of qualities inspired by great leaders that wins battles--and the man who led them. Commodore Arleigh Burke was the right man at the right place at the right time; his leadership fused the squadron into a superb combat organization.

This book offers a vivid account of the fighting in the South Pacific during one of the most crucial periods of the war. In authentic, minute-by-minute detail drawn from once-secret documents, Jones describes the battles of Tassafaronga, Savo Island, Empress Augusta Bay, and Cape St. George. But the focus throughout is on the men as they meet the test of battle with a common bravery as staunch as any in the Navy's annals. No squadron in any navy is said to have won more battle honors in less time than the Fighting Twenty-third.