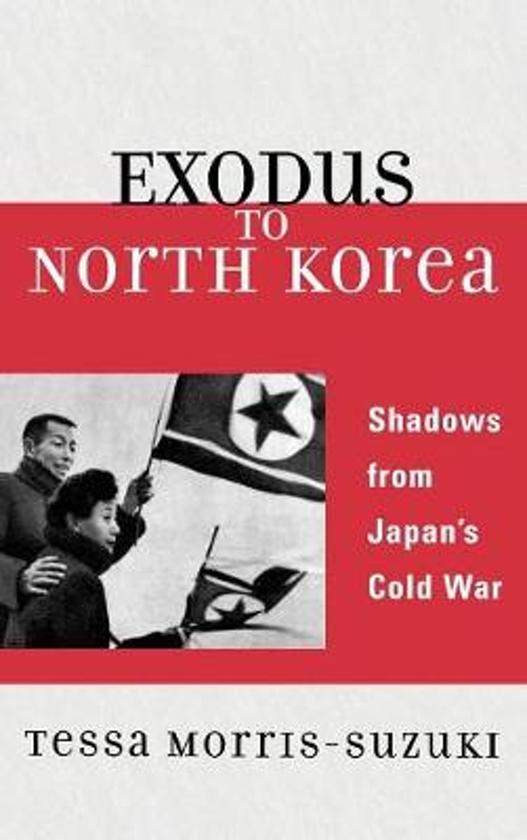 Ranging from Geneva to Pyongyang, this remarkable book takes readers on an odyssey through one of the most extraordinary forgotten tragedies of the Cold War: the ''return'' of over 90,000 people, most of them ethnic Koreans, from Japan to North Korea from 1959 onward. Presented to the world as a humanitarian venture and conducted under the supervision of the International Red Cross, the scheme was actually the result of political intrigues involving the governments of Japan, North Korea, the Soviet Union, and the United States. The great majority of the Koreans who journeyed to North Korea in fact originated from the southern part of the Korean peninsula, and many had lived all their lives in Japan. Though most left willingly, persuaded by propaganda that a bright new life awaited them in North Korea, the author draws on recently declassified documents to reveal the covert pressures used to hasten the departure of this unwelcome ethnic minority. For most, their new home proved a place of poverty and hardship; for thousands, it was a place of persecution and death. In rediscovering their extraordinary personal stories, this book also casts new light on the politics of the Cold War and on present-day tensions between North Korea and the rest of the world.

A remarkable and engaging book on some of the forgotten victims of the Cold War in East Asia. . . . By utilizing recently declassified documents and numerous interviews, the author brings to light not only the tragedies of this 'repatriation,' but also complex political intrigues involving the governments of Japan, North Korea, the USSR, and the US. The process of the repatriation and the plight of those who arrived in North Korea reveal all the paradoxes of decolonization during Cold War conflicts, while illustrating the historical significance of this episode for contemporary tensions in East Asia. . . . Highly recommended. * CHOICE * A tragic tale of dashed hopes and human betrayal that captivates like a John Grisham novel, while maintaining the dignity of a well-researched and rather provocative academic achievement. . . . Exodus to North Korea is pathbreaking and fills an important gap in Japan-Korea relations, and offers the increasingly popular area of migration studies an interesting case study and research model. * Korean Studies * Tessa Morris-Suzuki's book is based to a great extent on previously untapped archival sources that have recently been declassified . . . complemented with a number of interviews with Koreans in Japan who were part of this repatriation movement but somehow escaped or stories of those who ended up in North Korea and the misery they were or still are being put through. . . . [She] makes a strong case in chronicling these brutal events . . . of which the . . . West has heard very little. I strongly recommend reading this book. * Pacific Affairs * The best book on Northeast Asia I have read in years. In keeping with her customary edgy and thoughtful work, Morris-Suzuki has published not simply the first substantial book in English about a remarkable recent history. . . . She has written the only nonparticipant, scholarly account of this unbelievable story. And she has done it beautifully. Exodus deserves every award the field can offer. In clear, passionate, and compassionate prose, she describes the process, planning, and people involved in removing roughly 90,000 men, women, and children of Korean heritage from Japan to the Democratic People's Republic of Korea as part of the Great Return to the Fatherland scheme between 1959 and 1984. * The Journal of Japanese Studies * Morris-Suzuki's meticulous research, careful analysis, and keen reflections make for a captivating story and a solid historical monograph that engages readers emotionally and intellectually. . . . I highly recommend this book to scholars and students of postcolonialism, war, migration, and international politics. * Journal of Asian Studies * In this beautifully written book Tessa Morris-Suzuki, the consummate researcher and historian, imaginatively utilizes previously untapped archival sources and numerous interviews to give us a compelling account of how state and nonstate actors irrevocably changed the lives of tens of thousands of Korean residents in Japan who found themselves caught in the vortex of contradictions engendered by the Cold War and decolonization. Both sophisticated and engaging, this is a must-read for anyone from specialist to undergraduate who is interested in the human costs of the transition to 'postcolonial' East Asia. -- Takashi Fujitani, University of Toronto In a lucid and engaging style, Tessa Morris-Suzuki sheds a fascinating light on a little-known piece of postwar Japanese history-the story of the Korean residents who made the one-way journey to North Korea. By intertwining the personal stories of the individual with the grand scheme of global politics, the book illuminates the human face of power politics in East Asia. -- Glenn D. Hook, University of Sheffield
Toon meer Toon minder