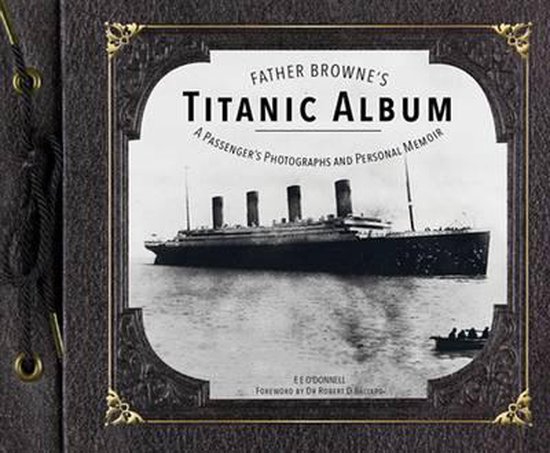 As a passenger on the first two legs of Titanic's ill fated voyage, Father Francis Browne SJ's photographs are an immensely important record. As well as taking a unique set of photos, Father Browne also assembled an incredibly valuable album of Titanic material such as an original deck plan, menus, letters to him from fellow passengers, contemporary newspaper cuttings and other documents, many of which are reproduced here. Thanks to the gift of a ticket from his uncle, a young Jesuit named Francis Browne travelled on the Titanic during her maiden voyage from Southampton, to Cherbourg to Cork. Invited to remain with the ship as it crossed the Atlantic, Fr Browne was saved from possible disaster by a telegram from his Jesuit superior ordering him to get off that ship . When the unthinkable happened and the Titanic sank, Fr Browne's photographs appeared on the front pages of newspapers all around the world. For many years the photographs of Fr Browne were forgotten until 1985 when Fr Eddie O'Donnell happened across an old tin trunk in the Jesuit archives and re-discovered 42,000 photographs, including the Titanic collection.
Toon meer Toon minder