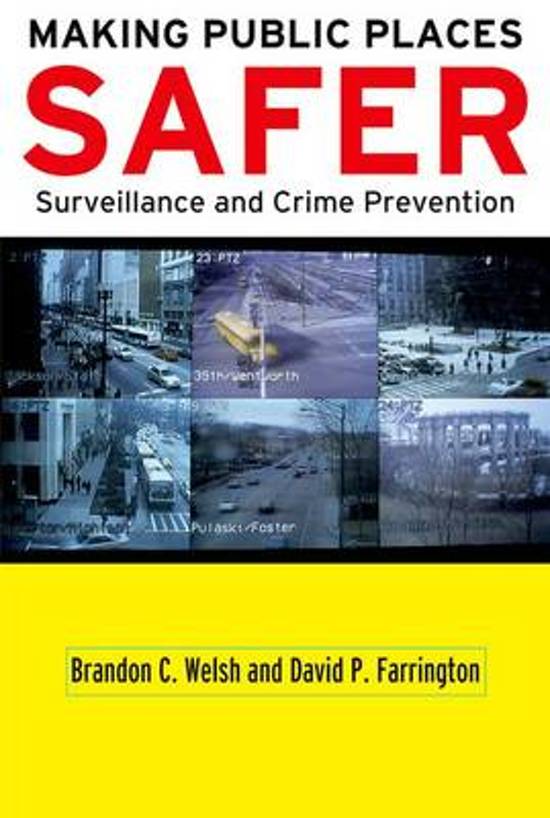 The United Kingdom has more than 4.2 million public closed-circuit television (CCTV) cameras-one for every fourteen citizens. Across the United States, hundreds of video surveillance systems are being installed in town centers, public transportation facilities, and schools at a cost exceeding $100 million annually. And now other Western countries have begun to experiment with CCTV to prevent crime in public places. In light of this expansion and the associated public expenditure, as well as pressing concerns about privacy rights, there is an acute need for an evidence-based approach to inform policy and practice. Drawing on the highest-quality research, criminologists Brandon C. Welsh and David P. Farrington assess the effectiveness and social costs of not only CCTV, but also of other important surveillance methods to prevent crime in public space, such as improved street lighting, security guards, place managers, and defensible space. Importantly, the book goes beyond the question of Does it work? and examines the specific conditions and contexts under which these surveillance methods may have an effect on crime as well as the mechanisms that bring about a reduction in crime. At a time when cities need cost-effective methods to fight crime and the public gradually awakens to the burdens of sacrificing their privacy and civil rights for security, Welsh and Farrington provide this timely and reliable guide to the most effective and non-invasive uses of surveillance to make public places safer from crime.
Toon meer Toon minder

Brandon Welsh and David Farrington make a valuable contribution to the field of criminology in their book iMaking Public Places Safer: Surveillance and Crime Preventionr by providing empirical evidence to help guide the implementation of a variety of crime prevention tools. * Tasha Youstin, Crime, Law and Social Change *