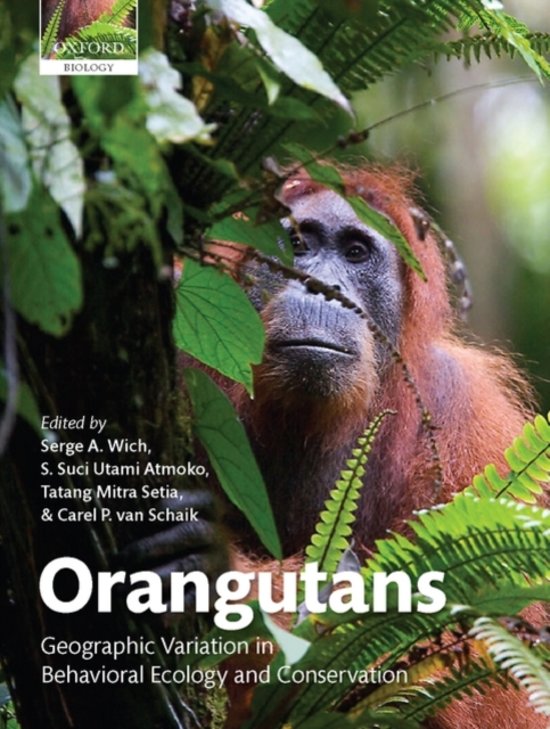 This book describes one of our closest relatives, the orangutan, and the only extant great ape in Asia. It is increasingly clear that orangutan populations show extensive variation in behavioural ecology, morphology, life history, and genes. Indeed, on the strength of the latest genetic and morphological evidence, it has been proposed that orangutans actually constitute two species which diverged more than a million years ago - one on the island of Sumatra the other on Borneo, with the latter comprising three subspecies. This book has two main aims. The first is to carefully compare data from every orangutan research site, examining the differences and similarities between orangutan species, subspecies and populations. The second is to develop a theoretical framework in which these differences and similarities can be explained. To achieve these goals the editors have assembled the world's leading orangutan experts to rigorously synthesize and compare the data, quantify the similarities or differences, and seek to explain them. Orangutans is the first synthesis of orangutan biology to adopt this novel, comparative approach. It analyses and compares the latest data, developing a theoretical framework to explain morphological, life history, and behavioural variation. Intriguingly, not all behavioural differences can be attributed to ecological variation between and within the two islands; relative rates of social learning also appear to have been influential. The book also emphasizes the crucial impact of human settlement on orangutans and looks ahead to the future prospects for the survival of critically endangered natural populations.
Toon meer Toon minder

This is a very important study. * Michel Cuisin, Mammalia *