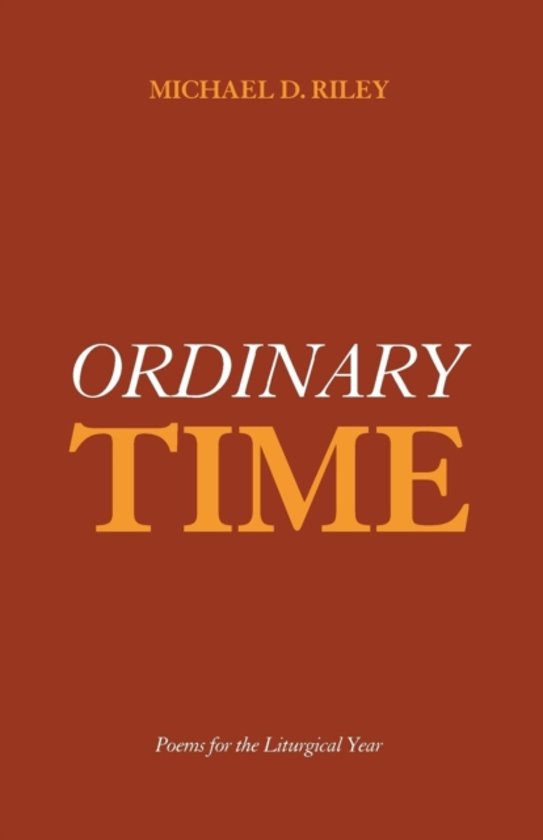 Liturgy is the golden chore; the ineffable becomes as practical as a calendar or a loaf of bread. The Son of God becomes the Son of Man and briefly walks among us, Love itself incarnate in the life of faith. This generous collection--in both senses of spirit and breadth--uses the liturgical year to explore the many aspects of Christian belief. In a wide variety of voices, styles, and forms, Ordinary Time (the title is deeply ironic) includes themes from the most intimate examinations of conscience to some of the knottiest theological/philosophical questions. In tones ranging from comic/satiric to meditative to ecstatic--in characters as diverse as several apostles, three different Christmas shepherds, Mother Theresa, a retired Navy cook, and a lapsed Catholic celebrity on a TV talk show--these poems cover an extraordinary breadth of faith experience, without diminishing the struggles of faith. Like Mother Theresa in ""Darkness,"" absence and doubt have their place: they move Incarnate grace deep enough even to meet suffering and death. The ritual year that winds from nativity to death to resurrection includes each member of the body of Christ. This collection provides one pilgrim experience in memorable detail. ""The poems in Ordinary Time, like the faith tradition the book engages, are full of grace and wisdom. Riley's collection accompanies us on our march of mortality through the liturgical year, stopping at the stations along the way. Yet this is no easy celebration of faith. In the tradition of John of the Cross, Gerard Manley Hopkins, and other deeply Catholic poets who wrestle with belief, Riley isn't afraid to engage his own dark days and nights--a darkness shared by saints and sinners alike."" --Angela Alaimo O'Donnell, author of Lovers' Almanac Michael D. Riley's most recent collection, Green Hills: Memoir Poems, appeared in 2013. Players, Ashore Here, and Circling the Stones appeared in 2007/08. He has poems in two recent anthologies, Irish American Poetry From the Eighteenth Century to the Present and Blood to Remember: American Poets on the Holocaust, as well as in many periodicals including, Poetry, Rattle, and Poetry Ireland Review. He is Emeritus Professor of English from Penn State University and lives in Lancaster, Pennsylvania.
Toon meer Toon minder