Permanent Waves The Making of the American Beauty Shop 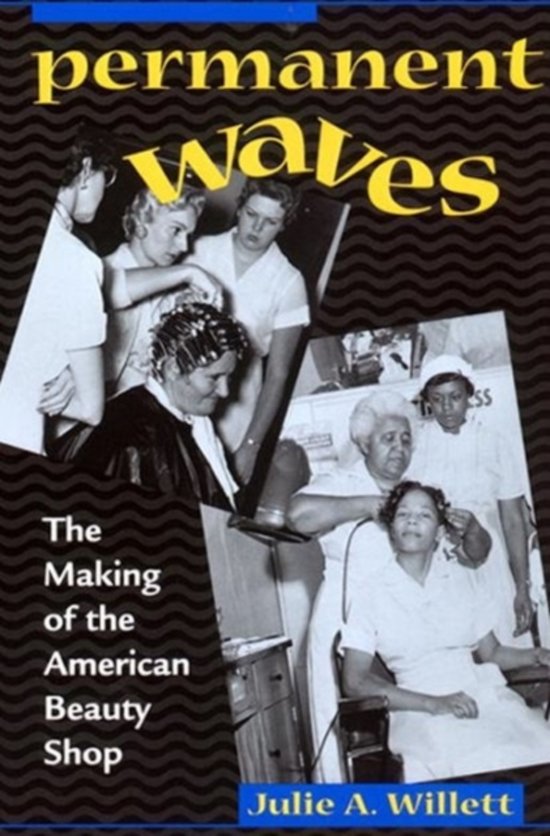 Throughout the twentieth century, beauty shops have been places where women could enjoy the company of other women, exchange information, and share secrets. The female equivalent of barbershops, they have been institutions vital to community formation and social change. But while the beauty shop created community, it also reflected the racial segregation that has so profoundly shaped American society. Links between style, race, and identity were so intertwined that for much of the beauty shop's history, black and white hairdressing industries were largely separate entities with separate concerns. While African American hair-care workers embraced the chance to be independent from white control, negotiated the meanings of hair straightening, and joined in larger political struggles that challenged Jim Crow, white female hairdressers were embroiled in struggles over self-definition and opposition to their industry's emphasis on male achievement. Yet despite their differences, black and white hairdressers shared common stakes as battles were waged over issues of work, skill, and professionalism unique to women's service work. Permanent Waves traces the development of the American beauty shop, from its largely separate racial origins, through white recognition of the ethnic market, to the present day.
Toon meer Toon minder

Combines an evocative portrait of the world of small town beauty shops with a provocative analysis of the hairdressing industry's racial, class, and gender faultlines. Julie Willett explores both the promises of a skilled profession for individual women, white and black, and the realities of low wages, long hours, segregated markets, and assembly-line salons. Covering the entire sweep from the early twentieth century through the present day, this book deserves a prominent, and permanent, place on the reading lists of women's and labor historians. -Nancy Hewitt,The State University of New Jersey, Rutgers Offers an unusually comprehensive look at a significant twentieth-century industry and female preoccupation. -American Historical Review A cut above most workplace histories. Looking at the separate but sometimes overlapping development of European and African-American hairdressing from the early twentieth century to the present, Willett shows how race shaped different trajectories for black and white salons. -Lingua Franca Refreshing to read a history so firmly historicized and grounded in working-class and Afro-American history. -Journal of Social History With verve, sophistication, and imagination, Julie Willett has discovered the roots of today's hair-care industry in separate searches by African American and Euro-American women for dignified labor, community advancement, and personal beautification. After Permanent Waves, getting your hair done will never be the same again-nor will the study of the shopfloor, professionalization, or the culture of consumption. -Eileen Boris,University of Virgina
Toon meer Toon minder