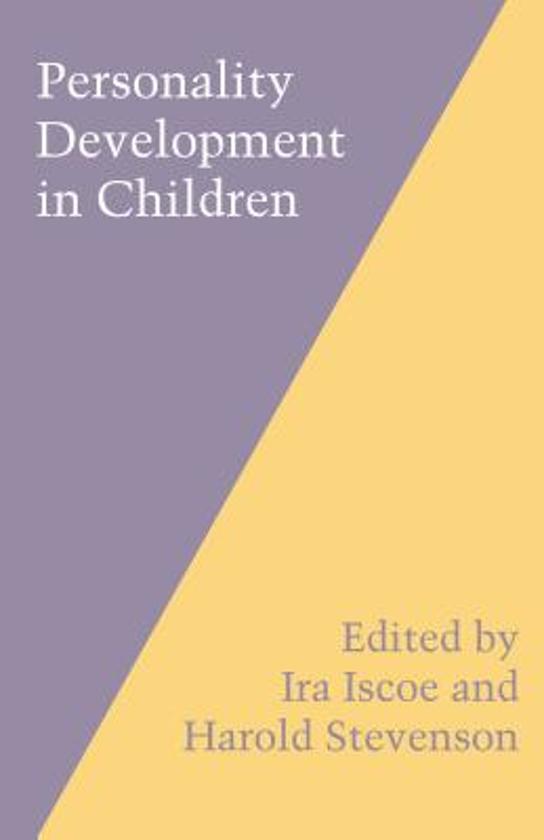 This book presents penetrating observations by six authorities on the personality development of children for the enlightenment of parents, teachers, and others who have a vital interest in children. In the first paper, the late Harold E. Jones, a professor of psychology and the director of the Institute of Human Development at the University of California, examines the development of personality over a long period of time. He discusses the child-rearing practices used with a number of babies, then follows through with observations made several years later to see the effects of these practices. In another paper, John E. Anderson, a professor of psychology at the University of Minnesota and the former director of the Institute of Child Development and Welfare there, supports the theory that valid predictions of future personality adjustment can be made through an assessment of the present status of an individual. Anderson’s findings are based on the results of tests administered to children of Nobles County, Minnesota, during the period 1950–1957, and on teacher-community-pupil ratings of these children. Still other papers offer a variety of ideas. Dr. Milton J. E. Senn, Sterling Professor of Pediatrics and Psychiatry and the director of the Child Study Center at Yale University, suggests that there be greater harmony and more exchange of thought among people working toward a proper understanding of human nature. To a degree this entire book follows his suggestion. Among several noteworthy observations made by Stanford University Professor of Psychology Robert R. Sears is the point that the development of conscience depends largely upon whether a child is loved or rejected by his or her parents. John W. M. Whiting, professor of education and director of the Laboratory for Human Development at Harvard University, discusses, among other problems, the question of why children like to play grown-up roles and what happens when they are not permitted to do so. Orville Brim, a sociologist at the Russell Sage Foundation of New York City, explains personality in terms of demands, holding that one’s personality changes from situation to situation and from person to person.
Toon meer Toon minder