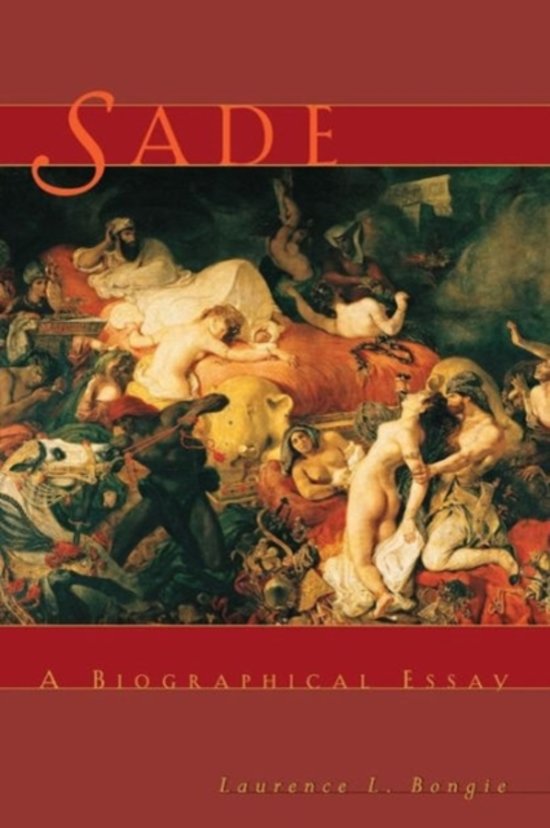 The writings of the Marquis de Sade have attained in recent years a widely acclaimed position in the canon of world literature. Sade himself, at one time discussed mainly in horrified whispers, is now often celebrated as a heroic apostle of individual rights, a giant of philosophical thought, and a martyr to freedom of conscience. This text puts these claims to a severe test and finds them clearly unfounded and undeserved. Laurence Bongie lays bare both the man and the writer, using newly discovered material in police archives to examine and reconstruct the complex relationship between the Marquis and his parents, particularly his mother. The documentation establishes the professional and sexual misconduct of Sade's diplomat father, leading to the anger and disappointment of Sade's mother, and to a troubled family dynamic that became a significant source of Sade's transgressive ideology, in both act and text. Bongie's research uncovers information on Sade's obscure preadolescent years and explores how it relates to Sade the author. He reminds the reader that it was not for his ideas but for his repeated involvement in criminal sexual assaults on women that Sade - the haughtiest of latter-day aristocrats, later a bogus revolutionary - ended up in the Bastille.
Toon meer Toon minder