Stay Put? Make a Move? From Lake Waccabuc to Omotesando 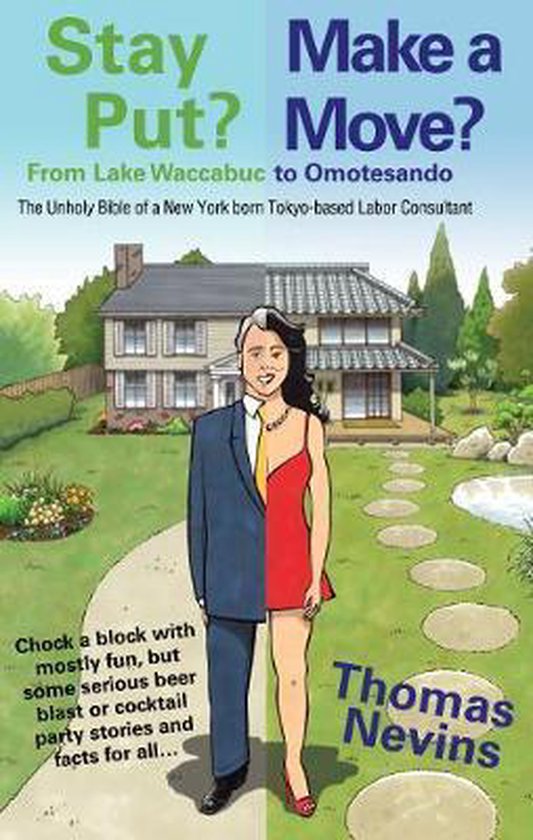 Tom collaborated with his blind dog on Stay Put? Make a Move?, so his 6th book breaks all the rules. The dog suffers from Attention Deficit Hyperactivity Disorder. (They needed to keep track with numbered paragraphs. Blame the dog.) Stay Put? covers more than just their lives and their locales; this is a narrative chock-full of cocktail party historical and pop culture facts. It's about the lives and events of the famous and less known friends, people, places and events that touched Tom's life. How did Tom's High School Campaign Manager stop the Florida vote recount, resulting in chicken-hearted, pig-headed, hoodwinking, papa-rebellious, childish, unapologetic (now 'feeling comfortable') George Bush Jr. getting elected President? And how has it affected all of us? After graduating from Cornell University, Tom worked with Japan's two top union movement leaders, Ohta Kaoru (who invented Shunto), and Yamagishi Akira (who founded the united RENGO labour union). There he had the lucky start of developing his vision to build world economies with better woman/manpower management. After a few serious parts, Stay Put? takes on more light-hearted topics. A drive from London to Katmandu; Marilyn Monroe's marriage in Waccabuc; departing Waccabuc to capture Benedict Arnold; other lake and mountain facts; Robert Reich leading author's John Jay High School; an impressive 39-year-old Donald Rumsfeld; Donald Trump; Bruce Willis; Richard Gere nearby; the Salem Witch Trials; the first half-black non-native New Yorker with Manhattan to himself for 11 years before the Dutch came; the Christmas Ghost; Bill Clinton at the Kill Bill restaurant; Tom singing 'Otoko wa Tsurai Yo' to Tora-san; Chiang Kai-shek and a talk with Princess Diana. Stay Put? features hundreds of other true stories - many that you will know something about. Where to live? Who to live with? What to do? What to change? What to think? What stories do you have to tell? And how many changed history for all of us?
Toon meer Toon minder