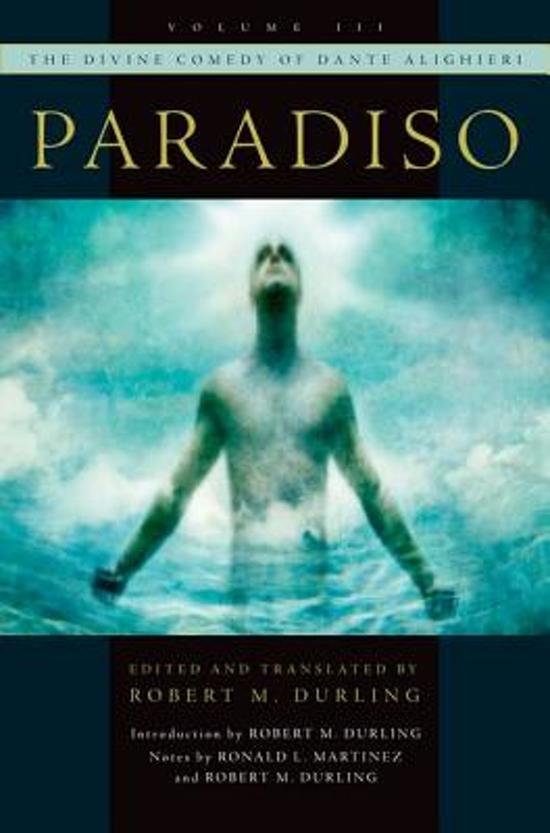 Robert Durling's spirited new prose translation of the Paradiso completes his masterful rendering of theDivine Comedy. Durling's earlier translations of the Inferno and thePurgatorio garnered high praise, and with this superb version of the Paradiso readers can now traverse the entirety of Dante's epic poem of spiritual ascent with the guidance of one of the greatest living Italian-to-English translators.

Reunited with his beloved Beatrice in the Purgatorio, in the Paradiso the poet-narrator journeys with her through the heavenly spheres and comes to know "the state of blessed souls after death." As with the previous volumes, the original Italian and its English translation appear on facing pages. Readers will be drawn to Durling's precise and vivid prose, which captures Dante's extraordinary range of expression--from the high style of divine revelation to colloquial speech, lyrical interludes, and scornful diatribes against corrupt clergy.

This edition boasts several unique features. Durling's introduction explores the chief interpretive issues surrounding theParadiso, including the nature of its allegories, the status in the poem of Dante's human body, and his relation to the mystical tradition. The notes at the end of each canto provide detailed commentary on historical, theological, and literary allusions, and unravel the obscurity and difficulties of Dante's ambitious style . An unusual feature is the inclusion of the text, translation, and commentary on one of Dante's chief models, the famous cosmological poem by Boethius that ends the third book of hisConsolation of Philosophy. A substantial section of Additional Notes discusses myths, symbols, and themes that figure in all three cantiche of Dante's masterpiece. Finally, the volume includes a set of indexes that is unique in American editions, including Proper Names Discussed in the Notes (with thorough subheadings concerning related themes), Passages Cited in the Notes, and Words Discussed in the Notes, as well as an Index of Proper Names in the text and translation. Like the previous volumes, this final volume includes a rich series of illustrations by Robert Turner.
Toon meer Toon minder