The Man With Maradona's Shirt 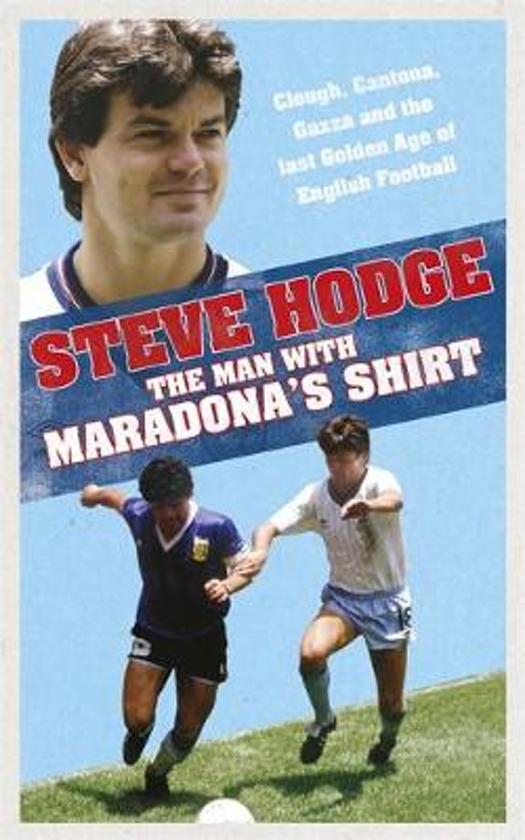 Intimate, behind-the-scenes account of the last age of innocence in football, just prior to the Premiership, based on the England midfielder's diaries. This is not a straightforward autobiography, it's a snapshot of a vanished era of football. The 1980s and the early 1990s was the last era of (relative) innocence in football. Steve Hodge played alongside Hoddle, Waddle and Ardiles in the lauded mid-1980s Spurs midfield; he was a dressing-room witness to the vagaries, charm, whims and downright venomous side of Brian Clough; he was at two World Cups, being instrumental in the 'hand of God' episode, and hanging out with the likes of Gazza and Lineker four years later in Italy. He won the last League Championship medal with Leeds, then languished in the reserves with a 'somewhat shy', cultured Frenchman. As the balls would fly over the midfield - Howard Wilkinson being a disciple of route one - Eric Cantona would turn to him and repeatedly ask, 'Hodgey, why are we here?' THE MAN WITH MARADONA'S SHIRT is a fascinating, behind-the-scenes glimpse of life at the top.
Toon meer Toon minder

'this is an entertaining and engrossing account of the beautiful game before the multi-million-pound salaries ripped out its soul, and when a roasting was something Brian Clough gave to players at half time. Hodge may not have won the cup but he'll win fans with this.' NEWS OF THE WORLD 'these stories are laced with fresh, often fascinating insights ... one of the more revealing biographies and a reminder to the current crop that they should wait a while before putting pen to paper' FOURFOURTWO