Mercenary Mediterranean Sovereignty, Religion, and Violence in the Medieval Crown of Aragon 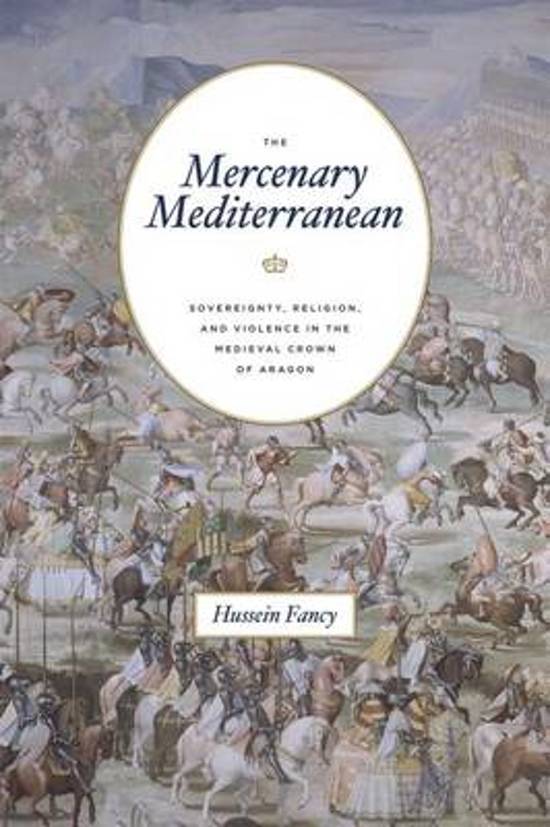 Sometime in April 1285, five Muslim horsemen crossed from the Islamic kingdom of Granada into the realms of the Christian Crown of Aragon to meet with the king of Aragon, who showered them with gifts, including sumptuous cloth and decorative saddles, for agreeing to enter the Crown's service. They were not the first or only Muslim soldiers to do so. Over the course of the thirteenth and fourteenth centuries, the Christian kings of Aragon recruited thousands of foreign Muslim soldiers to serve in their armies and as members of their royal courts. Based on extensive research in Arabic, Latin, and Romance sources, The Mercenary Mediterranean explores this little-known and misunderstood history. Far from marking the triumph of toleration, Hussein Fancy argues, the alliance of Christian kings and Muslim soldiers depended on and reproduced ideas of religious difference. Their shared history represents a unique opportunity to reconsider the relation of medieval religion to politics, and to demonstrate how modern assumptions about this relationship have impeded our understanding of both past and present.
Toon meer Toon minder

Readers are confronted with multilayered loyalties, military needs, and powerful ambitions that defy the habitual designations of reconquest, crusade, and jihad to this kind of state policy making. . . . Highly recommended. --Choice The Archive of the Crown of Aragon has served as a reliable source for scholars to produce groundbreaking studies on interfaith relations. To a list that includes Burns, Boswell, Nirenberg, and others, we must add Hussein Fancy, whose present volume will be essential reading not only for the discipline of interfaith relations, but of religious history as well. --Medieval Encounters Fancy begins this extraordinary journey with a pawned sword and five men on mules at the borders of Valencia. By its end he has ranged across mountain, sea, and desert, across centuries and languages, in pursuit--like some relentless historical posse--of mercenary bands of Muslims, Christians, and Jews. His narrative is everywhere astonishing, as he shows us how medieval power was woven out of their migrations across the western Mediterranean, and in the process makes us question the nature of our own modern world. --David Nirenberg, University of Chicago A fascinating, compelling, and at times provocative study of how political power, religious identity, and the complexities of interfaith relations actually shaped a period which has since become renowned for its bewilderingly intertwined legacies of both violence and coexistence. --Reviews in History Won--Jans F. Verbruggen Prize for Medieval Military History This is an exhilarating and eminently readable book. . . . It seems astonishing that the study of mere jenets should powerfully influence the way we look at Spanish conflicts in the later Middle Ages, but this is the effect of Fancy's book. . . . Fancy's brilliant exploration of the jenet phenomenon reinforces this picture of complex motivation and argues against simple denunciations of self-interest. Far more important, however, is the way in which this book leads us to reflect on the contradictions and complexities of the struggle in the Iberian Peninsula in the later Middle Ages. --Speculum Fancy had the linguistic skills (Latin, Spanish, Catalan, Arabic), the time, and the interest to investigate a seemingly obscure subject that informs us both about medieval attitudes toward multi-culturalism and the modern debate over how to integrate Muslim minorities. --Sehepunkte Like David Nirenberg's now-classic Communities of Violence and Olivia Remie Constable's vital work in this area, The Mercenary Mediterranean will be of immense importance to historians of medieval Iberia. Original and intellectually ambitious, this book will likely become a landmark for scholars in the field, placing Fancy at the forefront of the new generation of Mediterraneanists working in medieval literary and cultural studies. --Vincent Barletta, Stanford University Fascinating. . . . The Mercenary Mediterranean has made a remarkable number of major contributions . . . and offers valuable lessons for any scholar interested in medieval ethno-religious relations, royal/imperial authority, or the political history of the western Mediterranean. --Bulletin for Spanish and Portuguese Historical Studies Fancy's remarkable deployment of archival material from the Archivo de la Corona de Aragon, Arabic chronicle sources, and other North African material makes The Mercenary Mediterranean a superb contribution to our understanding of the unexplored relationships between the jenets, or Muslim mercenaries, and the Crown of Aragon. With unfailing insightfulness, Fancy unravels the complex world of relations between Islam and Christianity, the Crown of Aragon and North African polities, and the role of warfare in binding and separating the medieval Western Mediterranean world. This is a major scholarly achievement. --Teo Ruiz, University of California, Los Angeles The Mercenary Mediterranean fundamentally advances our understanding of soldiers recruited from North Africa to fight for the Crown of Aragon. More than just another example of border-crossing or the malleability of religious identity, the case of the jenets demonstrates the paradoxes and strangeness of medieval warfare and faith. Fancy argues convincingly that religion, far from being shoved aside by other factors, remains central to comprehending warfare, cultural conflict, cultural rapprochement and ideas of empire. This is among the most important and thought-provoking books on Mediterranean and Iberian history of recent years. --Paul Freedman, Yale University This is an engaging and far-ranging book, written in lively and evocative prose, which brings the worlds of the jenets to life; it will appeal to both scholars and students, whether specialists in the history of the medieval Spains, or not. . . . Exemplary. . . . A ripping tale. --Mediterranean Historical Review The Mercenary Mediterranean is an ambitious and sophisticated book, elegantly written and thoughtfully conceptualized, that propels Hussein Fancy to the front ranks of scholars working on the medieval Crown of Aragon. --Journal of Religion and Violence Fancy has put forward a deeply learned and beautifully woven argument, in a thought-provoking and discomforting study that constitutes a major contribution to the history of medieval Spain. --American Historical Review
Toon meer Toon minder