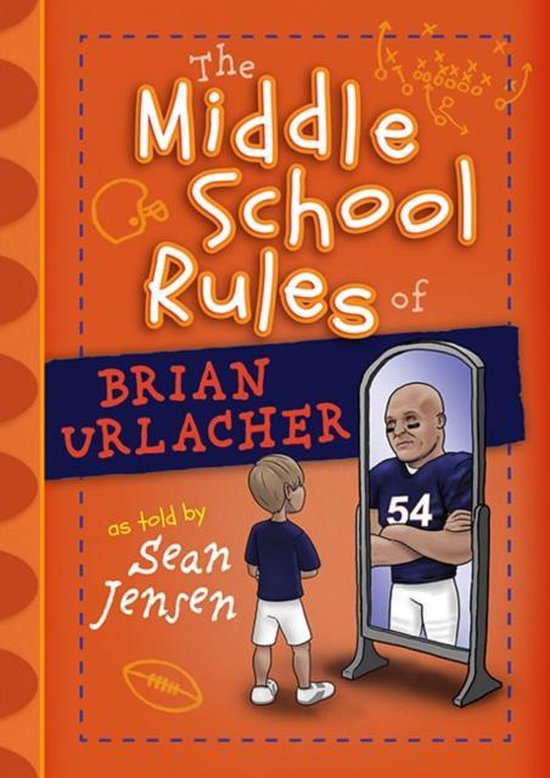 For more than a decade, Brian Urlacher was the face of the Chicago Bears - one of the NFL's most storied franchises. An eight-time Pro Bowl middle linebacker, Urlacher established himself as one of the league's pre-eminent defenders with his athleticism, intelligence and ferocity. He's widely expected to gain entrance into the Pro Football Hall of Fame when he's eligible in a few years, which is not bad for an athlete from Lovington, New Mexico, where his coaches didn't even see college potential in him until his junior year of high school. Middle School Rules of Brian Urlacher features the real-life childhood stories and exploits of young Brian Urlacher and illustrate how they shaped him into the world-class athlete he became. Inspired by the popularity of the Diary of a Wimpy Kid series, these books will appeal to those same readers but will be laced with stories that will not only entertain but inspire greatness in the next generation by highlighting the importance of being your best, overcoming adversity, and reaching your dreams through discipline and hard work. The final chapter is told in the first person by Brian: what advice he'd pass on to his young readers given his adolescent experience.
Toon meer Toon minder