The Time is at Hand! Rosicrucian Nature of Goethe's Fairy Tale of the Green Snake and the Beautiful Lily and the Mystery Dramas of Rudolf Steiner 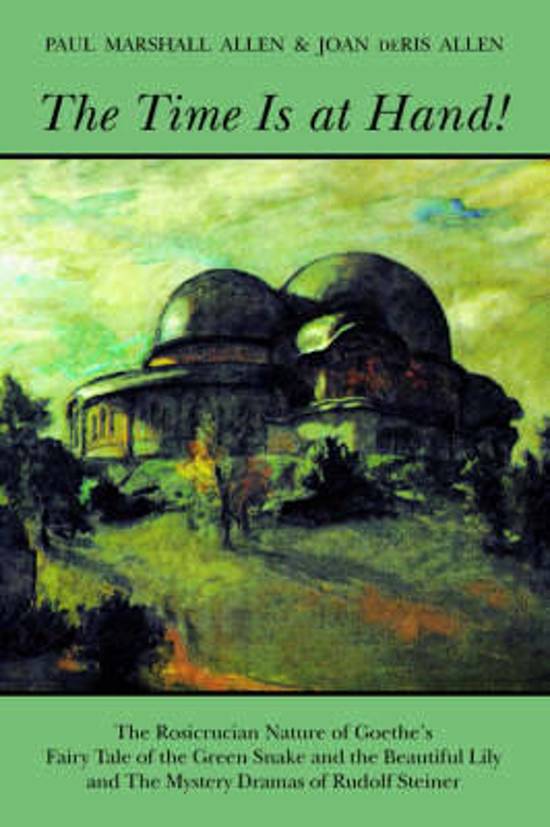 In 1795 Johann Wolfgang von Goethe produced his tale of talesThe fairytale of ''The Green Snake and the Beautiful Lily,'' an extraordinary masterwork that is unique among Goethe's works. An initiatory fable of transformation, the tale arose out of the Rosicrucian, alchemical impulses that play an important role in Faust and Goethe's other writings. Among those influenced by it was Rudolf Steiner, whose mystery dramas employ similar themes. The authors begin by placing the fairytale against the background of Goethe's life and cultural setting. They then discuss its importance in the development of Steiner's spiritual science. Finally, they describe its visual language, profound mystical insights, and relevance for us today. The book includes Carlyle's classic translation of the tale and illustrations, plus Steiner's essay on its inner meaning. The authors offer a positive look at the possibilities of the twenty-first century. They view Goethe's fairytale as fully relevant to our time, just as it was when Goethe first wrote it.
Toon meer Toon minder