A Book of Spiritual Exercises 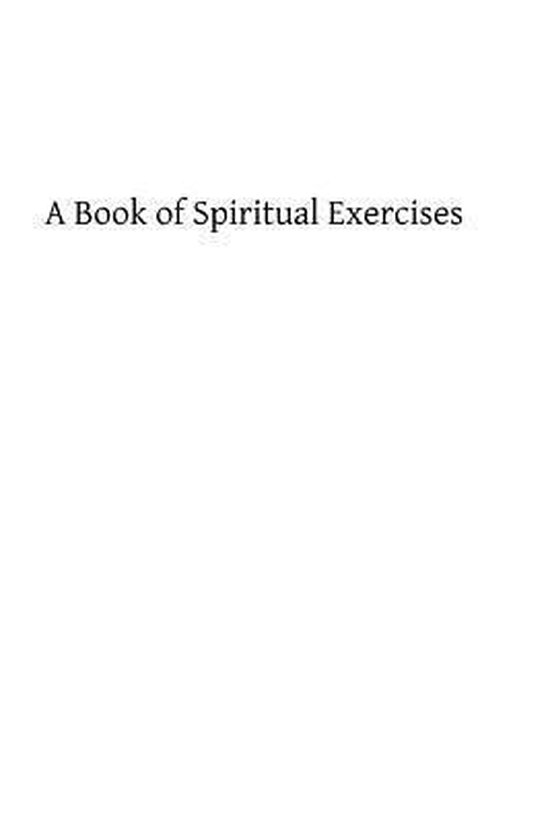 These Exercises form a sort of scientific manual, for leading the soul onward in the way of God, not at haphazard, but by those steps which, as He has taught His Saints and the Doctors of His Church, form the usual path to be trodden by His chosen ones in their journey towards the perfection attainable in this life. All that this manual contains is drawn from the writings of the Saints and Fathers of the Church; but the rays of their doctrine are here concentrated: like a faithful Beseleel, the writer carves, fits together, and adorns with the brightness of a simple and graceful eloquence the precious stones of God's temple. Guided by those holy fathers whom he quotes in every page, Cisneros divides the career of holiness into three parts, which he calls the Via Purgativa, or Way of Purity; the Via Illuminativa, Of Way of Enlightenment; and the Via Unitiva, or Way of Union-names that since his time have been made familiar to us by a host of ascetic writers. The first of these, as he tells us in his Prologue, answers to the virtue of faith; ;. the second, to hope; the third, to charity. In the first, while bewailing our past sins, we see only the smoke of the coming fire; flame and smoke are mixed together in the second; while in the third, the fire of God's love burns bright and clear. In the first, the soul is cleansed from her foulness by the thought of past sins and of God's judgments; in the second, the Life and Passion of Christ shed a light on her path; in the third, she rests in the contemplation of His Godhead. The first eleven chapters of the work form a prelude to the first week of meditations. Though not put into the form of meditations, they require to be read slowly and thought over well, especially chapter vi. From the eleventh to the nineteenth chapter follow the meditations of the first of the three ways. Although arranged for one week, it was not the intention of the author that beginners should, at the end of eight days' exercise, pass at once to a higher grade without being sure of Their progress; and in the nineteenth chapter he tells us how long we should employ ourselves in this first stage, and by what signs we may tell that we have reaped the fruit of it.Next follows the Way of Enlightenment. In this part we would advise our readers to insert a part of the fourth division of the book (on Contemplation, of which we shall speak presently), namely, from chapter xlix. to chapter Ix. These chapters contain an exquisitely beautiful and devout course of meditations on the Life and Passionof Christ. The last chapter of the Way of Enlightenment, on the Lord's Prayer, is one of the most beautiful in the whole work.To these three parts Cisneros adds a fourth, on Contemplation. The title looks as if the special object of this part were to deal only with those extraordinary workings of God's grace which form the subject of what is called Mystic Theology. It is, however, not so; and any child can read and understand it without difficulty, at least from chapter xlix. to lxix. Though Cisneros does here and there in the first few chapters mention these mystic gifts of God, yet, as he himself says, he writes this fourth part, as well as the rest, for the simple and unlettered. It is for the most part only a fuller explanation of things already said, and the greatest part of it belongs to the Way of Enlightenment. Instead of being, as might be imagined, a fourth stage, higher than that called the Way of Union, its distinctive character lies in having been written for such as have the will and convenience of wholly withdrawing themselves, at least for a time, from outward employments, to dwell on spiritual things alone. From the last words of the sixty-ninth chapter we learn that the work was completed on the thirteenth of November, A.D. 1500.
Toon meer Toon minder