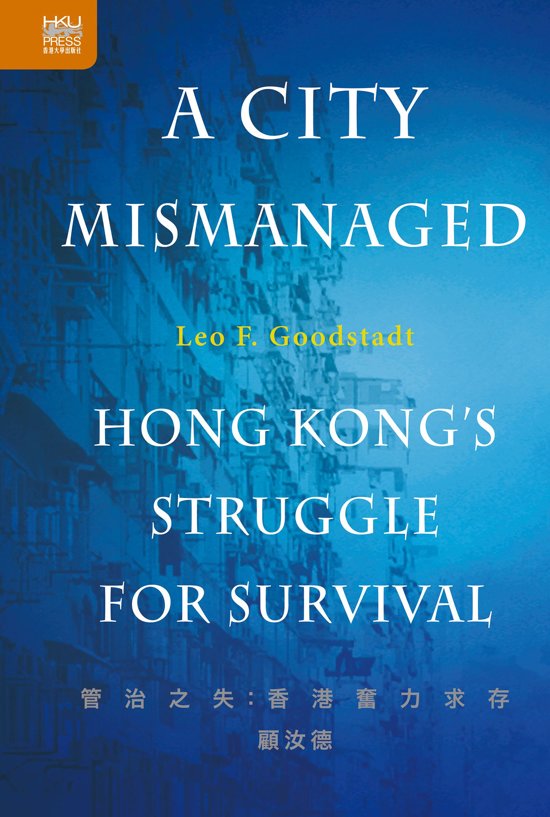 A City Mismanaged traces the collapse of good governance in Hong Kong, explains its causes, and exposes the damaging impact on the community's quality of life. Leo Goodstadt argues that the current well-being and future survival of Hong Kong have been threatened by disastrous policy decisions made by chief executives and their principal officials. Individual chapters look at the most shocking examples of mismanagement: the government's refusal to implement the Basic Law in full; official reluctance to halt the large-scale dilapidation of private sector homes into accommodation unfit for habitation; and ministerial toleration of the rise of new slums. Mismanagement of economic relations with Mainland China is shown to have created severe business losses. Goodstadt's riveting investigations include extensive scandals in the post-secondary education sector and how lives are at risk because of the inadequate staff levels and limited funding allocated to key government departments. This book offers a unique and very powerful account of Hong Kong's struggle to survive.


Leo Goodstadt is an honorary fellow of the University of Hong Kong. He was head of the Hong Kong government's Central Policy Unit from 1989 to 1997 and previously served on eight government statutory and advisory boards. His academic publications are extensive, and he has four books published by Hong Kong University Press since 2005.