A Convergence of Worlds An Anthology of Fantasy Short Stories 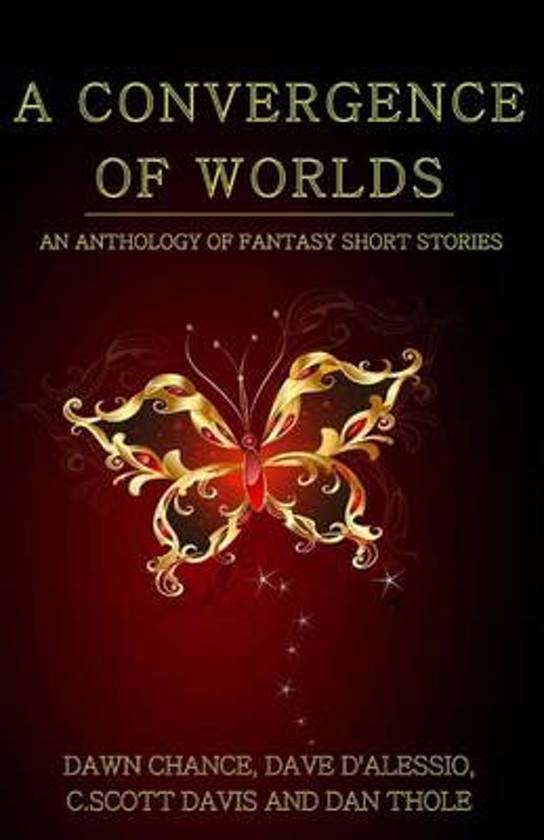 A Convergence of WorldsAn Anthology of Fantasy Short StoriesAn Fairy Tale Evening with Luke and Mia Dawn ChanceLuke knows he needs a fairy godmother to have the best adventures, when facing giants, evil squirrels, and making a new friend.What Happens at the Ball Stays at the Ball Dave D'AlessioYoung Wat of Crick Hollow is off to his first ball in search of a fair maiden. To prepare, he gets advice from his fairy godfather, who turns his knife into a sword and a local crow into a dragon suitable for slaying. Wat goes to the ball, gets drunk with his lords, slays his dragon, and finds his fair maiden. Later, word comes around that the King is seeking a man to marry his daughter. Wat is identified by his cod piece, and the princess's hand is given to him, making her almost homicidally unhappy, and making Wat regret taking his fairy godfather's advice. The Last Campfire C. Scott Davis On the last night before a battle, a group of warriors encounters an unusual stranger.The Veil Dan Thole When Wren a half dryad druid comes back home to put her mother to rest. She finds that the evil side of nature that conceived her. Has once again stepped away from a tree to walk among the humans. She has to enlist the help of a priest to defeat the creature.
Toon meer Toon minder