A Mail Order Bride for Grant 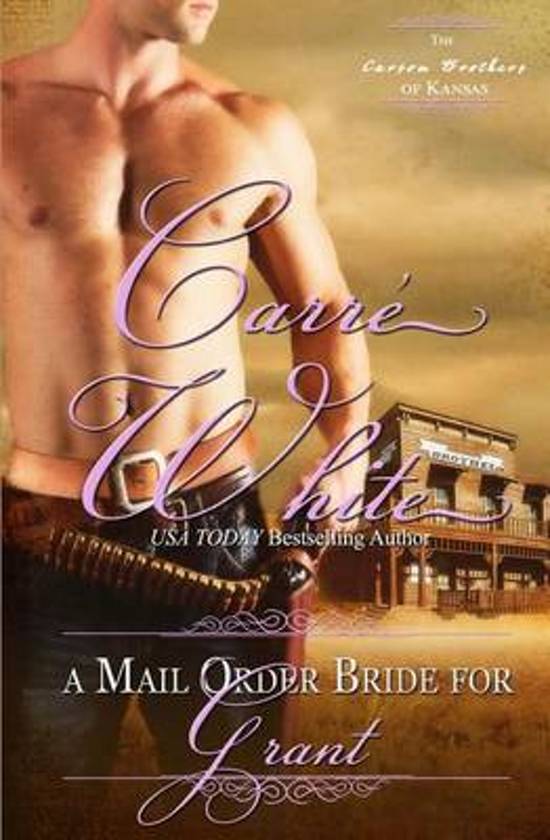 Book Four of The Carson Brothers of Kansas SeriesEva Caldwell is on the hunt for the gunslinger who attacked her sister, Cora, vowing to kill the man when she sees him again. The orphaned sisters have never had an easy life, struggling to fend for themselves by any means possible. A pickpocket by profession, Eva brazenly robs several men on the train to Topeka. However, her luck seems to have run out after she's apprehended and sent to jail, where she meets Grant Carson, who has been arrested for public indecency.Grant Carson's stubborn refusal to settle down and marry has exasperated his long-suffering mother, Maggie. He has been involved with a married woman for years now, but being shot at by an angry husband has forced him to rethink his choices. Grant is intrigued by Eva's innocent vulnerability, wanting more than anything to help her. Yet the plucky blonde is illusive and vexing, having a plan of her own.Upon hearing that a new bordello was offering up its virgin madam--for a price--Grant is shocked to learn that it is none other than Eva. He steps up to take what is his, outbidding everyone, knowing he is a fool, risking it all, yet not caring in the least.But a threat looms, as the one man Eva's been waiting for arrives at her establishment.
Toon meer Toon minder