A Radiant Affair The Secret Life of Marie Curie 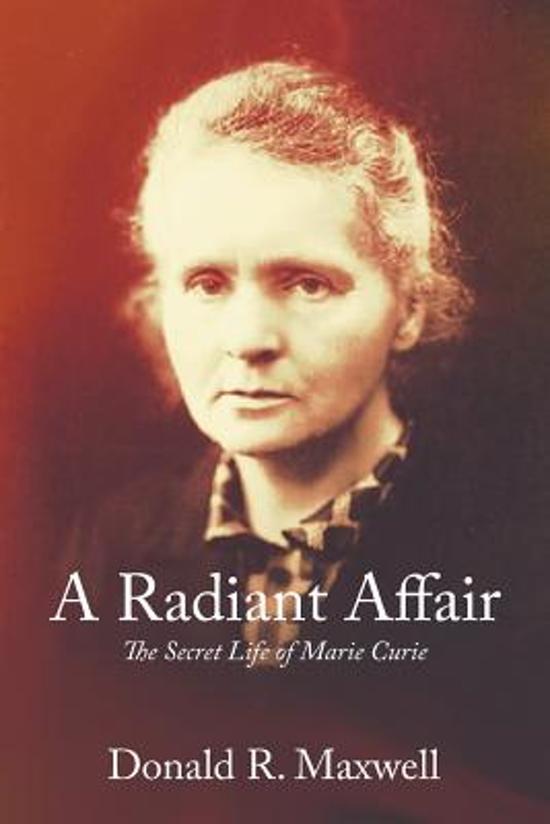 History and fiction intertwine in this untold tale of Marie Curie's love affair with physicist Paul Langevin, as seen through the eyes of Marie's favorite graduate student, George Fournier. Intertwined in the plot, set in Paris of the early 1900s, is Fournier's youthful infatuation with the young Marie. In his memoir, George Fournier recalls meeting the young and beautiful Marie on her arrival as a new instructor at the Sevres Lycee, where he was a student. A few years later, George does well on his final exams in physics at the University of Paris, and the now widowed Marie Curie accepts him as a graduate student in her laboratory. One day, George sees Marie scurrying to a small apartment with Paul Langevin, a brilliant young physicist who is married. An intruder into the Curie-Langevin love nest steals Marie's letters to Paul and has them published in the Parisian press. Langevin's wife, Jeanne, threatens Marie with violence and aggressively attempts to break up the love affair that jeopardizes her marriage and the security of their four young children. In an attempt to provide Madame Curie with protection, Professor Jean Perrin, a long-time friend of the Curies, asks George Fournier to become Marie Curie's confidential protector, a role placing the love-struck George in a close yet secretive relationship with Marie. As far as possible, details of Marie Curie's life and relationships, as well as information on the other major characters are historically accurate. Donald R. Maxwell was born and raised in Paris. After earning his Ph.D. in radioactivity from the University of Cambridge, he returned to Paris to work in the Radium Institute. "I possess a rare copy of Fournier's doctoral dissertation." Publisher's website: http: //sbprabooks.com/DonaldRMaxwell
Toon meer Toon minder