A System of Moral Philosophy (Book One) 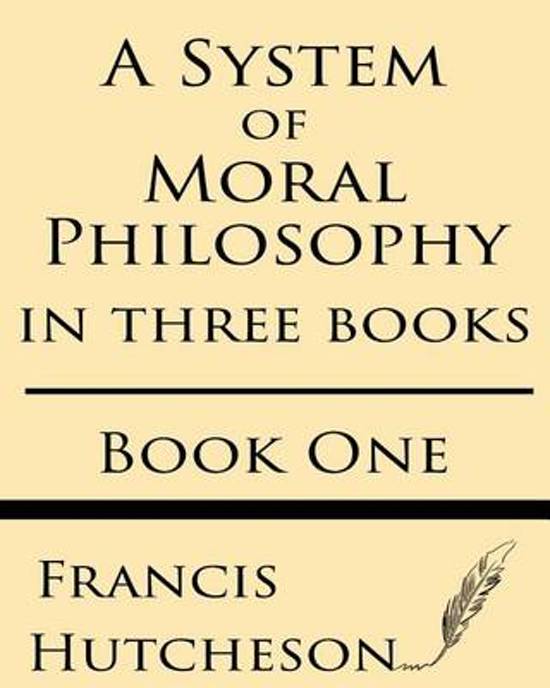 A SYSTEM OF MORAL PHILOSOPHY, IN THREE BOOKS
Volume 1
By Francis Hutcheson
Excerpt from Preface
Dr. Francis Hutcheson was born on the 8th of August, A.D. 1694. His father, Mr. John Hutcheson, was minister of a dissenting congregation in the North of Ireland; a person of good understanding, considerable learning, and reputation for piety, probity, and all virtue. His son Francis, when about eight years of age, was sent to be educated along with his elder brother, under the eye and direction of their grandfather Mr. Alexander Hutcheson, who was also a worthy dissenting clergyman in the same part of the country, but had come from Scotland. He was second son of an ancient and reputable family in the shire of Ayr in that kingdom.
A superior capacity, an ardent thirst for knowledge, and the seeds of the finest dispositions soon began to show themselves in Francis: particularly a singular warmth of affection and disinterestedness of temper, for which he was distinguished thro' his whole life, appeared in many instances in this early period of it. The innocence and sweetness of his temper, his great capacity and application to his learning soon procured him a distinguishing place in his grandfather's affections. But such was his love for his brother, that his grandfather's fondness gave him no joy while his brother did not equally share it: nay the preference that was shown him gave him real concern, and put him upon employing all means and innocent artifices in his power to make his brother appear equally deserving of his grandfather's regard. And when his grandfather in his last will had made an alteration of a prior settlement of his family-affairs in his favour, tho' many arguments were used by his relations to prevail with him to accept of it, he peremptorily refused, and insisted to the last that the first settlement should take place. These, and many other instances of the like kind which might be related, were promising prefaces of remarkable disinterestedness in more advanced years.
When he had gone thro' the common course of school education he was sent to an Academy at some distance from his parents to begin his course of Philosophy: he was taught there the ordinary Scholastic Philosophy which was in vogue in those days, and to which he applied himself with uncommon assiduity and diligence.
In the year 1710 he removed from the Academy, and entered a student in the Natural Philosophy class in the University of Glasgow, and at the same time renewed his study of the Latin and Greek languages: and in all parts of literature, to which he applied himself, he made such proficiency as might be expected from a genius like his cultivated with great care and diligence. . .
------------------------------------------------------------------------------------------------------------------------------------------
Windham Press is committed to bringing the lost cultural heritage of ages past into the 21st century through high-quality reproductions of original, classic printed works at affordable prices.
This book has been carefully crafted to utilize the original images of antique books rather than error-prone OCR text. This also preserves the work of the original typesetters of these classics, unknown craftsmen who laid out the text, often by hand, of each and every page you will read. Their subtle art involving judgment and interaction with the text is in many ways superior and more human than the mechanical methods utilized today, and gave each book a unique, hand-crafted feel in its text that connected the reader organically to the art of bindery and book-making.
We think these benefits are worth the occasional imperfection resulting from the age of these books at the time of scanning, and their vintage feel provides a connection to the past that goes beyond the mere words of the text.
Toon meer Toon minder