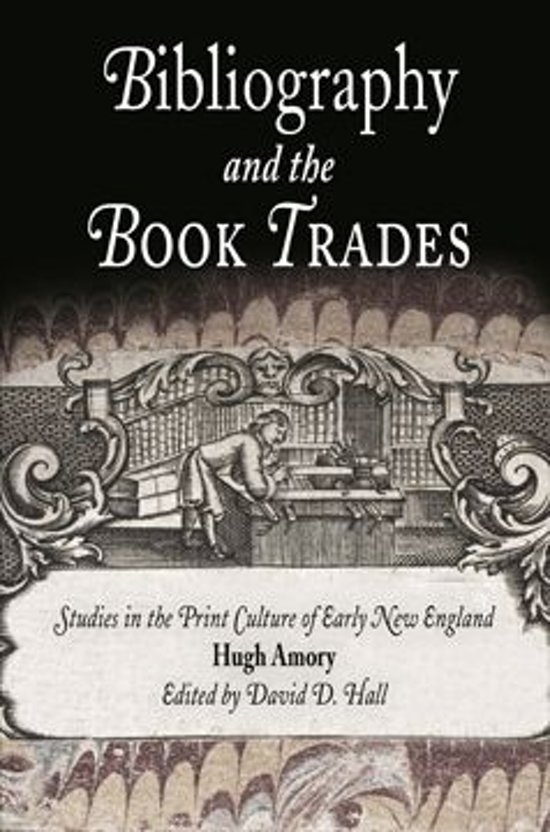 Hugh Amory (1930-2001) was at once the most rigorous and the most methodologically sophisticated historian of the book in early America. Gathered here are his essays, articles, and lectures on the subject, two of them printed for the first time. An introduction by David D. Hall sets this work in context and indicates its significance; Hall has also provided headnotes for each of the essays.


Amory used his training as a bibliographer to reexamine every major question about printing, bookmaking, and reading in early New England. Who owned Bibles, and in what formats? Did the colonial book trade consist of books imported from Europe or of local production? Can we go behind the iconic status of the Bay Psalm Book to recover its actual history? Was Michael Wigglesworth's Day of Doom really a bestseller? And why did an Indian gravesite contain a scrap of Psalm 98 in a medicine bundle buried with a young Pequot girl?


In answering these and other questions, Amory writes broadly about the social and economic history of printing, bookselling and book ownership. At the heart of his work is a determination to connect the materialities of printed books with the workings of the book trades and, in turn, with how printed books were put to use. This is a collection of great methodological importance for anyone interested in literature and history who wants to make those same connections.

These dense essays . . . challenge almost every received opinion on printing, the world of books, literary scholarship, and more. Read with care, they offer us insights and methods of investigation that we ignore at our peril. Here Hugh Amory sets the highest standards of excellence. -Papers of the Bibliographic Society of America Amory's work amounts to an engaging whodunit, recounting the adventures of a bibliographic sleuth sifting through sparse clues and then deducing the historically obscured motives behind authorship, audience, and book-printing and book-selling practices in colonial New England. --Seventeenth-Century News