Birmingham The Workshop of the World 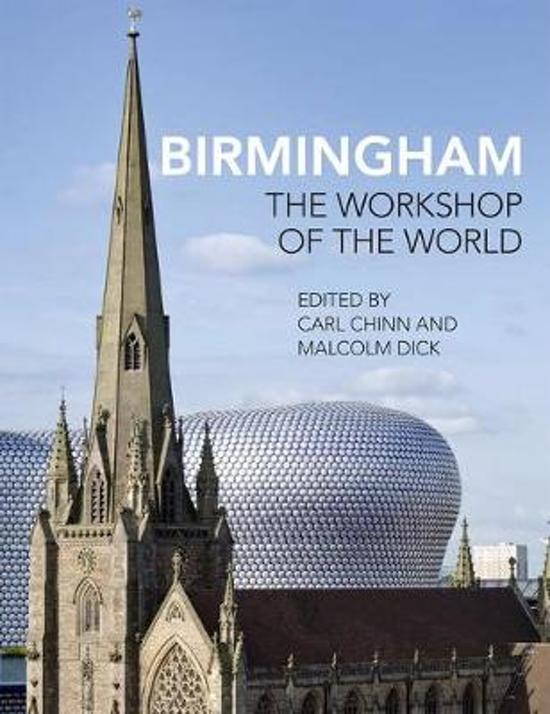 Birmingham is a city with an extraordinarily diverse achievement in fields as varied as science, industry, politics, education, medicine, printing and the arts. Labels such as the 'first industrial city', 'city of a thousand trades', 'the best-governed city in the world' and 'the youngest city in Europe' have been applied to the town. This new publication, the first major history of Birmingham since the 1970s, is published to commemorate the 850th anniversary of Birmingham's market charter in 1166, an event which marked the first step in the rise of Birmingham as a commercial and industrial powerhouse. Authored by scholars, but written for a general readership, this detailed, accessible and richly illustrated book is both a definitive reference work and a readable account of a diverse, culturally rich and high-achieving city. Many aspects of the history of Birmingham are presented for the first time outside academic publications: its diverse people's history, a rich prehistoric and Roman past, the rise of Birmingham in medieval and early modern times, the evolution of an innovative system of education, a varied experience in art and design and an extraordinary printing history. The book covers economic and political themes and new approaches to the history of society and culture. It is illustrated with many images which have never before been published either in books or on the web. The result is a visually stunning and factually illuminating book which will appeal to many kinds of people.
Toon meer Toon minder

'This is Chinn at his best, deeply engaged, passionate and reflective.' Stephen Roberts, The Local Historian Reviews 'This is an attractively produced book, resplendent with colour and monochrome photographs, historical maps and explanatory figures, which is a welcome addition to those already available on historical aspects of the City....' Della Hooke, Transactions