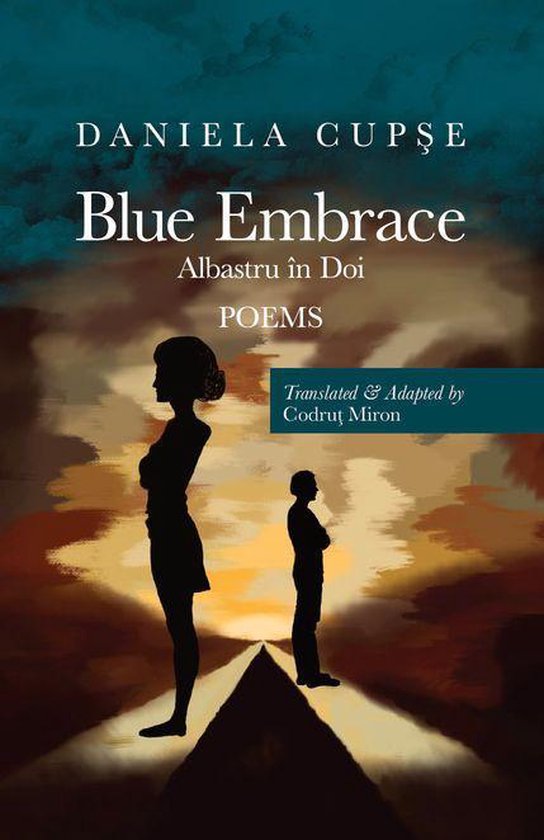 Daniela Cupșe's poems take the reader into a deep realm, beyond the horizon, as is it is in fact poetry to which the author gives birth from the inner depth of her heart, of her soul, from the blue skies reflecting on the blue abyss of the ocean, sometimes stormy, other times tranquil. The blue embrace of two hearts, and the blues coming from profound, ensconced feelings of love and sadness, at times hidden, other times rebuffed, buried tumultuous or silent. Concealed feelings of a painful yet cherished love come to life in versus as ''northern frozen grasses'' where, in just three words, the reader can find a whole intensity of meanings, from the coldness and icy frozen north to the hope of grasses, albeit frozen, yet in anticipation of coming life.


The author is offering the reader the chance of taking a journey into the depths of ardor and despair, of her inner self, through rhetorically doubtful questions, playing with words, exposing her suffering, loneliness, desires, longing, in sublime expressions, unexpected combinations of words, inviting to guessing, to identifying oneself to the season of her heart. If the author' poems written originally in the romantic and musical Romanian language offer the reader an opportunity to immerse himself/herself in a world of reverie and introspection, it is fair to add that the translator's refined command of English matches the original Romanian version. These poems break down our daily routine and divulge our deepest sorrows we were so sure they were buried.


The reader is invited to stop for a few minutes to admire the front cover and then try putting together the picture and the title of the book, and find its disguised, elusive, thoughtful meaning, an embrace of two souls, rejecting or embracing the blues of some unspoken love, living parallel lives on parallel lines, yet converging in the infinite. Do parallel lines ever meet? Yes. In a Blue Embrace.