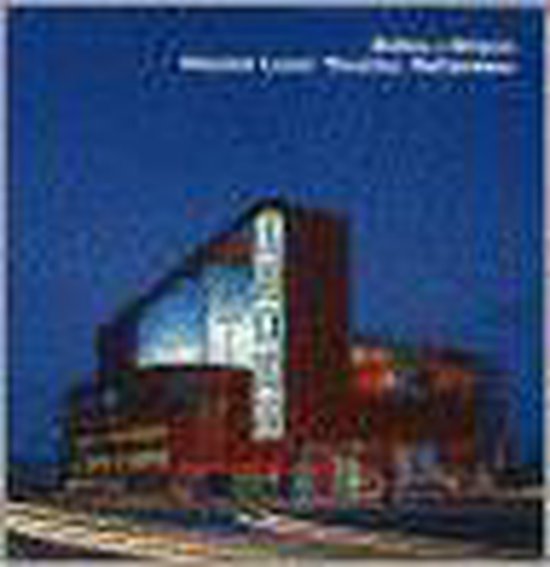 This building, opened by the Dutch Queen in April 2001, is a theatre for musicals, concerts and opera with a long tradition deeply rooted in Dutch popular culture. The Bolles + Wilson design, which won the original competition against such Dutch luminaries like Koolhaas, Hertzberger or Christianse, responds to the multiple orientation of the harbourside site, radically reconstituting theatre plan form and organisational logistics, with back-stage facilities at the front of the building and delivery trucks routed through to a first-floor stage. A wrap-round red facade encloses visually dramatic foyer sequences like a stage curtain; at the same time it presents the Luxor as a leading actor in Rotterdam's new docklands district of Kop van Zuid on a wider urban stage. This >>house of illusion<< is a full-scale camera obscura with spectacular bridge, city and harbour panoramas choreographed into the unfolding interior landscape.
The Luxor is a significant milestone in the oeuvre of Bolles + Wilson. As a major public building it pursues themes first tested in the 1993 new city library in Munster: a characteristic plan form, an intervention that redefines its context, and a synthesis of the abstract with a spatial warmth, an ambience that communicates directly and subliminally to a wide audience base. The architecture of this German/Australian duo does not fit easily into conventional architectural genres. Smallness, intimacy, and precise details characterise their work, just like an increasing number of urban interventions that have made a major impact on cities like Hengelo, The Hague or Magdeburg.
The design of the Luxor Theatre, the process of its realisation, Bolles + Wilson's surrounding urban fields and, most importantly, the internal life in the building engendered by the architecture are fully presented in this book.
Toon meer Toon minder