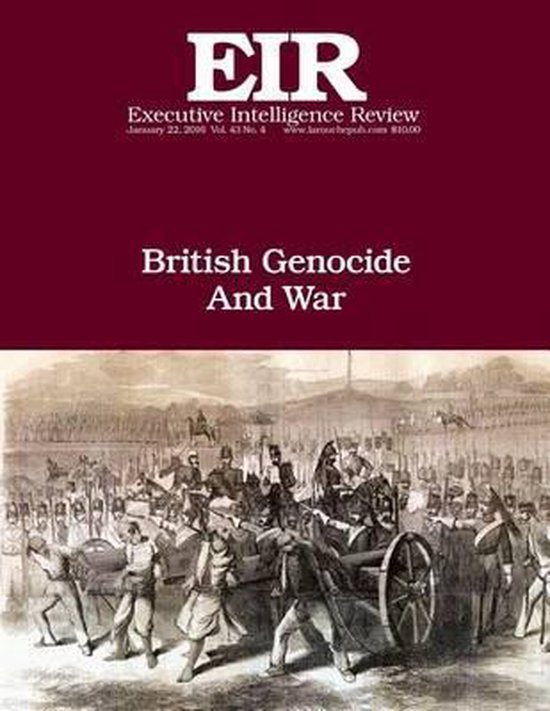 The Immediate, Grave Danger Of Genocide Jan. 14—The United States and the world are facing an immediate grave danger. President Obama’s State of the Union address demonstrated that he is completely out of control, Lyndon LaRouche said today. The speech was a total fraud, and anyone accepting Obama’s lies is opening the United States up for total destruction. On behalf of the British, Obama is ready to blow up the United States altogether. This is an immediate option. The issue of Wall Street’s crimes is actually a cover for the fact that the United States as a whole is being set up for genocide. This is the British policy of genocide, and the current Pope has been thoroughly suckered into it. It is not just Obama who is doing the killing; Obama is only the lead dog. It’s the British,—the British Empire. And of course people are frightened; maybe they’re not frightened enough. But in any case, we have to tell the truth. The planned genocide is the secret of the massive COP21 “climate-change” conference in Paris last November-December, with its estimated 50,000 participants representing 196 nations. But no binding treaty could possibly be reached,—What was its purpose then? It was the mass-declaration of intention for this genocide. It was to rally the troops for the scheduled “big kill.” It was the Dance of Death. And this Pope’s May 2015 encyclical, Laudato Si’, calling for humankind to be sacrificed for the sake of the “climate,” was exactly the same thing. The Pope has come under British direction and control; he is being used by a British operation. He’s committing crimes. The thrust of the genocide is aimed squarely at the trans-Atlantic region. But it is accompanied by the British threat to destroy Asia by war. That is what Obama is working on in the western Pacific; the Russians understand this completely.
Toon meer Toon minder