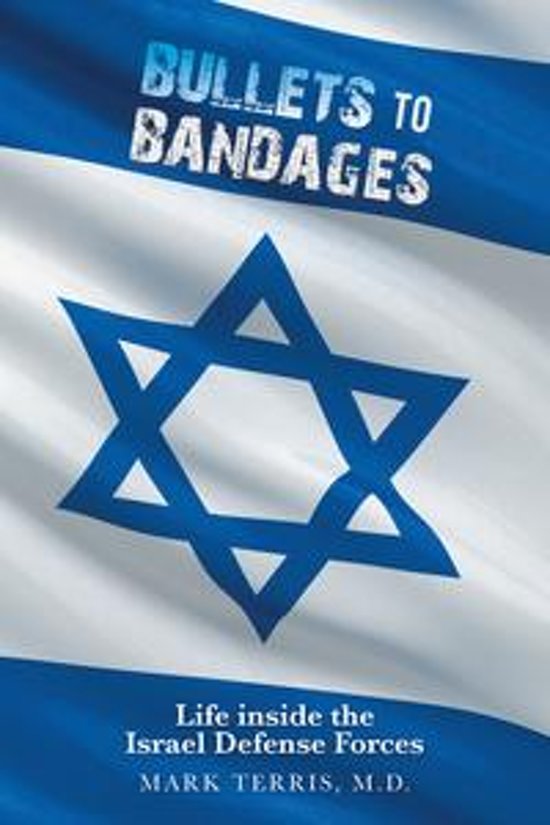 Bullets to Bandages: Life Inside the Israel Defense Forces The Israel Defense Forces (IDF) is a renowned fighting force. It has defended a young vulnerable country from repeated attacks. In the process, it has produced great generals and statesmen. Bullets to Bandages is set in the late 1970s, at a time when many Western armies viewed the IDF as a heroic and idealistic force. Bullets to Bandages explores the daily life inside the Israel Defense Forces. These are true stories that center on the experiences of four Israeli soldiersme and three close friendsand provide the reader with an intimate view of life in the Israeli army, the meaning of army friendships, and our own coming-of-age. Life in the IDF is in many ways similar to other armies with a lot of chicken shitannoying military nonsense. Good shoe-polishing skills are valued over combat readiness. Soldiers are chronically sleep-deprived, often standing for midnight inspections and enduring nightlong stretcher marches. And yet there is a more humane side. Everyone, regardless of rank, is addressed by his or her first name. Commanders lead by example, not by threat. Beneath the uniform, soldiers are eighteen- to twenty-one-year-old men and women, still fighting acne and constantly fantasizing about sex. You will witness the induction experience, which transformed us from teenagers into serial numbers. Other experiences included basic training (paratrooping, artillery, and air force), with the unique traditions of each corps. We evolved from new recruits, to sergeant-major slaves, to combat medic students, and finally to commanders. Along the way, we internalized, accepted, and eventually perpetuated the IDFs traditions. Life in the Israel Defense Forces is not always fun. The physical hardships are real, and the stress challenges your resolve and morale. As young men, we did not verbally express our feelings, which were often tainted by our raging hormones, but broadcasted them through our actions. Humor and friendship allowed us to thrive in this environment. We matured and ultimately put our hearts and souls into the Israel Defense Forces, and this is the true secret behind the IDFs success.